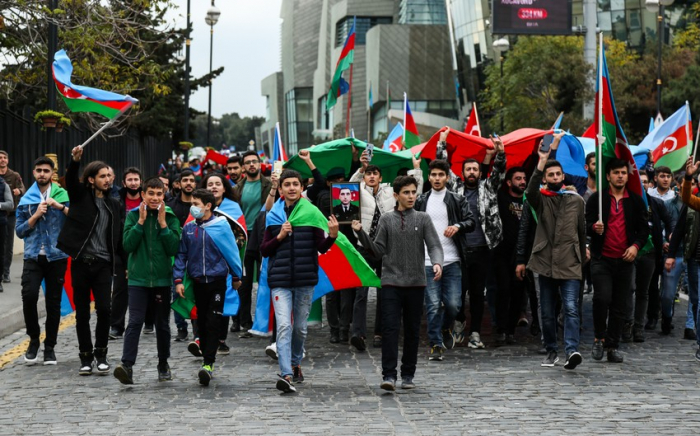 A march to mark the Victory Day will be held in Azerbaijan’s capital city of Baku on Monday, AzVision.az reports.

The march with participation of a military orchestra, which will start at 10:00 (GMT+4) will start at the Azneft square until the White City Boulevard.

Cadets of the Azerbaijan Higher Military School named after Heydar Aliyev will carry the flag of Azerbaijan. The cavalry will be also involved in the march.

There will be a flash mob organized through the support of the Regional Development Public Union in the end of the march.