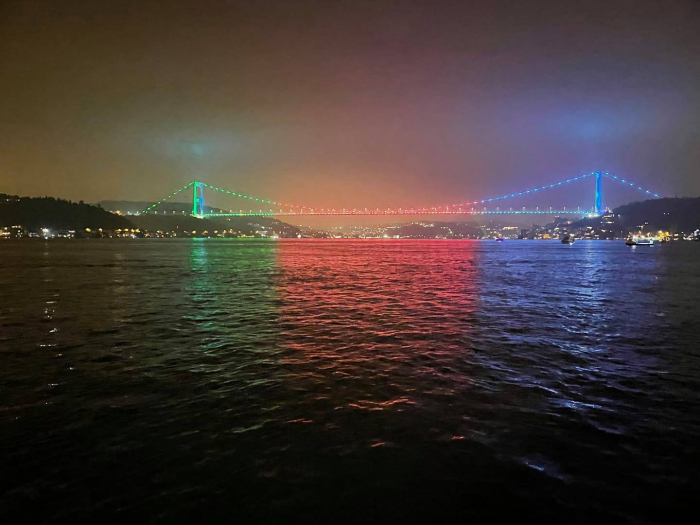 The Fateh Sultan Mehmet Bridge in Turkey’s Istanbul city was lit up in the colors of the Azerbaijan flag to mark the first anniversary of the Karabakh Victory, AzVision.az reports.

November 8 is celebrated as Victory Day in Azerbaijan.