‘We have restored our dignity” – Azerbaijani president 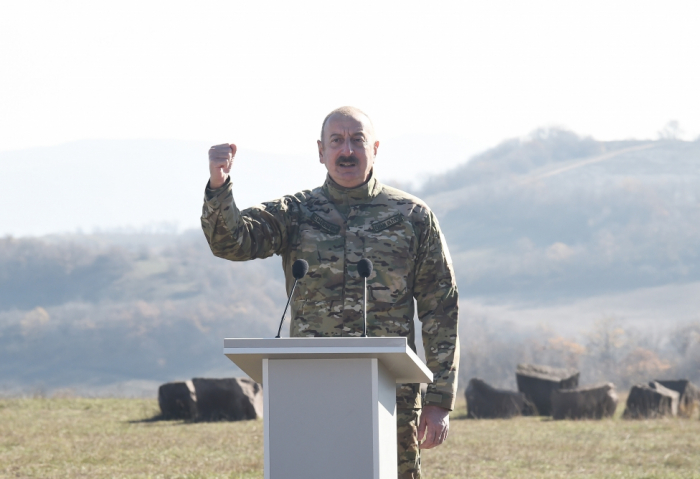 Victory Day is the holiday of the Azerbaijani people, President, Commander-in-Chief of the Armed Forces Ilham Aliyev said making a speech in front of the servicemen in Shusha, AzVision.az reports.

The head of state once again congratulated the Azerbaijani people on the occasion of this glorious victory.