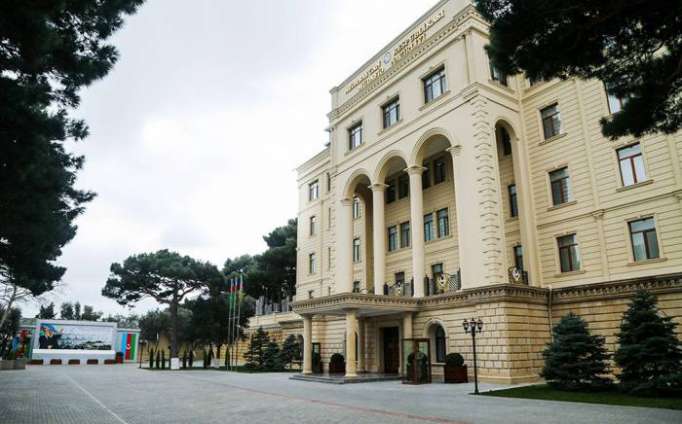 The Armenian defense minister’s recent illegal visit to the territories of Azerbaijan is a military-political provocation, the Defense Ministry of Azerbaijan said in a statement on Tuesday, AzVision.az reports.

According to the ministry, the Armenian media reported on the illegal visit of the Minister of Defense of Armenia Arshak Karapetyan to the territory of Azerbaijan, where the Russian peacekeepers are temporarily deployed.

“The unauthorized visit of the Armenian Defense Minister to Azerbaijani lands, holding meetings with illegal Armenian formations and expressing an opinion about their combat readiness is a military-political provocation,” the ministry said.

The ministry stressed that this provocative visit of the Armenian Defense Minister was deliberately carried out on the eve of the anniversary of the signing of the trilateral statement by the Presidents of Azerbaijan, Russia and the Prime Minister of Armenia.

“The military-political leadership of Armenia, grossly violating the provisions of the trilateral statement, intentionally destabilizes the situation in the region and endangers the activities of the Russian peacekeepers,” it said.

The ministry added that the Armenian military leadership, instead of drawing conclusions from the total defeat in the second Karabakh war in 44 days, adapting to the new geopolitical situation in the region, strengthening peace and security, is making attempts at cheap military adventures with the expectation of an internal audience.