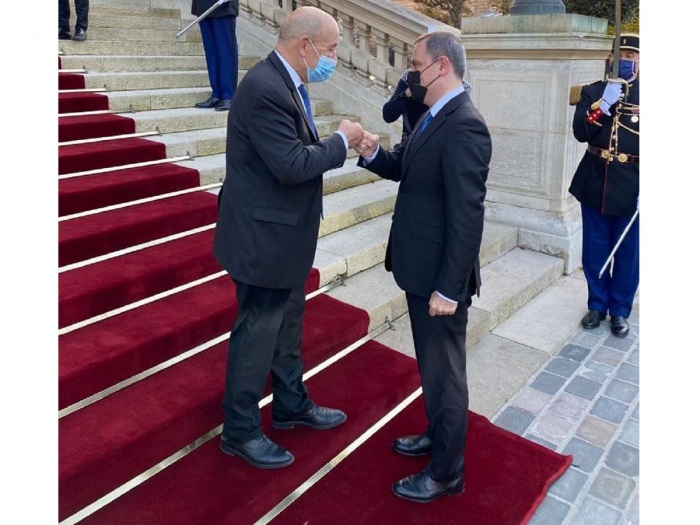 The ministers exchanged views on the agenda of bilateral cooperation, as well as on regional security issues.

Jean-Yves Le Drian stated that France is interested in developing relations with Azerbaijan.

Le Drian expressed his readiness to help Azerbaijan in the process of mine clearance and to cooperate with the National Agency for Mine Action of Azerbaijan (ANAMA) in this regard. It was also noted that the process of searching for missing people during the First Karabakh War is important for France. Le Drian also stressed the importance of normalizing relations between Azerbaijan and Armenia, and stated that the OSCE Minsk Group could become an important format in this regard.

Minister Jeyhun Bayramov informed the interlocutor about the current situation in the region, Azerbaijan's position in the post-conflict period, as well as the implementation of trilateral statements and steps taken by Azerbaijan unilaterally in this direction. He also informed his French counterpart about Azerbaijan's cooperation with relevant international organizations in the humanitarian sphere, including UNESCO.