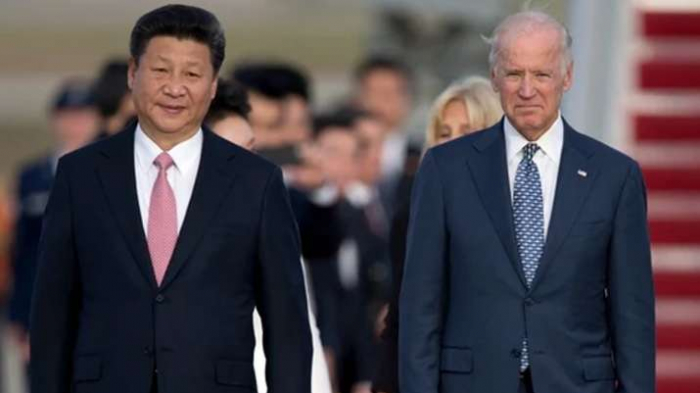 The structure of great-power rivalry may exclude a world of love and harmony, but it does not necessitate a world of immutable conflict. Structure is not destiny: It does not preclude any of the myriad alternatives that lie between these extremes.

US President Joe Biden’s economic and foreign policies may represent a sharp departure from those of his predecessor, Donald Trump. But when it comes to relations with China, Biden has largely maintained Trump’s tough line – refusing, for example, to reverse Trump’s tariff hikes on Chinese exports and warning of further punitive trade measures.

This reflects the widespread hardening of US attitudes towards China. When Foreign Affairs magazine recently asked leading US experts whether American “foreign policy has become too hostile to China,” nearly half of the respondents (32 out of 68) disagreed or disagreed strongly – suggesting a preference for an even tougher US stance toward China.

For economists, who tend to view the world in positive-sum terms, this is a puzzle. Countries can make themselves and others better off by cooperating and by shunning conflict.

The clearest application of this principle is the gains from trade that countries achieve – the bread and butter of professional economists. It is generally in each country’s benefit to open its domestic markets to others. But the same idea extends also to policy domains where there could be tensions between domestic and global interests. Yes, countries could pursue beggar-thy-neighbor policies, such as restricting access to home markets to improve their terms of trade, or free ride on global public goods such as decarbonization policies. But wouldn’t it be better if they refrained from such actions so they could collectively all do better?

Geopolitical strategists, by contrast, tend to see the world instead in zero-sum terms. Nation-states compete for power – the ability to bend others to their will and pursue their interests unhindered – which is necessarily relative. If one country has more power, its rival must have less. Such a world is necessarily conflictual, as great powers (the United States) or rising powers (China) jockey for regional and global dominance.

In a recent article, John Mearsheimer of the University of Chicago provides a forceful articulation of this view. Mearsheimer was among those in the Foreign Affairs survey who disagreed strongly with the proposition that US policy may have become too hostile toward China. “All great powers, be they democracies or not,” he writes, “have little choice but to compete for power in what is at root a zero-sum game.” The implications for US-China relations are bleak: China is bound to want to expand its power, and the US has no option but to try to contain it. This perspective sets an important challenge for economists and others who believe in the feasibility of a stable, peaceful, and largely cooperative world in which the US and China can prosper together.

“Realist” theorists of international relations such as Mearsheimer and my Harvard University colleague Stephen Walt are clearly correct when they argue against the “liberal” presumption that open markets in the US and rules-based multilateralism would produce a China that looked “more like us.” The American policy of engagement with China, pursued until the Trump administration took over, may have helped China grow richer, but it made the country neither more democratic nor less likely to compete for power and influence.

But does a China with a decidedly different economic and political system and strategic interests of its own imply inevitable conflict with the West? Perhaps not. The realists’ argument about the primacy of power hinges on assumptions that need to be qualified.

First, while states may prioritize national security and survival above all else, there is a big gap between meeting these narrower objectives and maximizing power. The US would be secure from annihilation or invasion even without a military presence on every continent. The historian Stephen Wertheim has argued that the expansionist vision of US foreign policy has always competed with a more restrained approach, misleadingly and dismissively labeled as “isolationism.” China’s territorial integrity will remain uncontested even without saber rattling vis-à-vis neighbors. Beyond a baseline of security, the pursuit of power competes with other national goals, such as domestic economic prosperity, that require less bullying on the world stage.

It is true, as realists like to point out, that the world lacks an enforcer of rules. There is no world government to ensure that states act in accordance with rules that they may have an interest in enacting but little interest in following. This makes cooperation more difficult to elicit – but not entirely so. Game theory, real-world experience, and lab experiments all suggest that reciprocity induces cooperation. A third-party enforcer is not necessarily required to elicit cooperative behavior in repeated interactions.

Finally, it is also true that uncertainty and the risk of misperceiving other states’ intentions complicate prospects for international cooperation among great powers. Purely defensive measures – whether economic or military – are likely to be perceived as threats, cumulating through a vicious cycle of escalation. But this problem, too, can be mitigated to some extent. As Walt and I have argued, what might help is a framework that facilitates communication and encourages mutual justification of actions that may be misinterpreted by the other side.

Mearsheimer is skeptical that creative institutional design can make much of a difference. “The driving force behind [US-China] great-power rivalry is structural,” he writes, “which means that the problem cannot be eliminated with clever policymaking.” But structure does not fully determine equilibrium in a complicated system where the definition of national interests, the strategies pursued, and the information available to actors are all dependent on our choices to some extent.

The structure of great-power rivalry may exclude a world of love and harmony, but it does not necessitate a world of immutable conflict. It does not preclude any of the myriad alternatives that lie between these extremes. Structure is not destiny: We retain the agency to craft a better (or worse) world order.

Dani Rodrik, Professor of International Political Economy at Harvard University’s John F. Kennedy School of Government, is President of the International Economic Association and the author of Straight Talk on Trade: Ideas for a Sane World Economy.