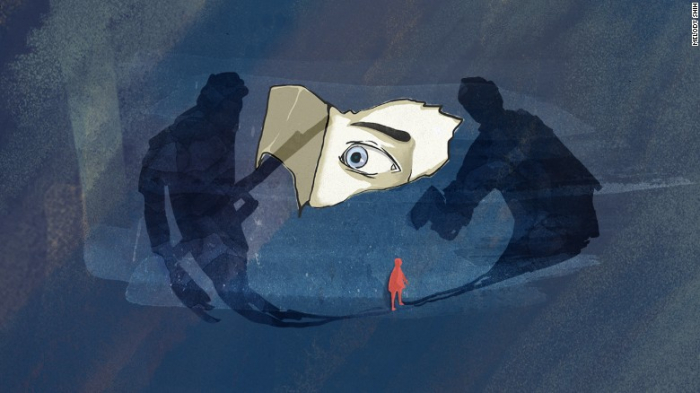 On October 29, the Armenian media reported that Hampig Sassounian, an Armenian-American who was an alleged member of the Armenian terrorist organization Justice Commandos of the Armenian Genocide (JCAG) is in Armenia upon his extradition from the United States. Until he was controversially granted parole in March 2021, Sassounian was serving a life sentence in a US prison for fatally shooting Turkish Consul General in Los Angeles Kemal Arıkan while he sat in his car at an intersection in Los Angeles in 1982. Despite Sassounian denying he was a member of JCAG, the organization was widely reported to have financed his legal costs. Sassounian’s extradition to Armenia was celebrated in Armenian social media as he, along with many other members of the Armenian Secret Army for the Liberation of Armenia (ASALA) and the JCAG, is glorified as a national hero in Armenia. Both ASALA and JCAG have been designated as terrorist groups by many countries, including the United States.

As a result of the terrorist attacks of the two groups in 22 different cities across the globe, at least 58 Turkish nationals, including 31 diplomats, lost their lives. In one of the most notorious attacks by ASALA, the group killed nine people and injured over 80 by deliberately targeting civilians in a crowded passenger waiting area at Esenboğa airport in the Turkish capital Ankara on Aug. 7, 1982. The wave of these terrorist operations grew to a level that the Washington Post protested on July 31, 1983 asking: “How many more Turkish diplomats will be killed by fanatical murderers from Armenian terrorist groups? The question has a raw answer: as many as the terrorists think they can put away without getting caught.”

Neither the members of these terrorist groups nor their supporters amongst the Armenian people have since then regretted or expressed remorse for assassinating innocent people. “While in prison, in an interview with the Armenian military magazine “Hay Zinvor” in 2012, Hampig Sassounian called himself as a soldier and expressed wish to serve in the Armenian military in Karabakh, occupied territory of Azerbaijan at that time, which demonstrates that he is [an] unreformed terrorist”, said Leyla Abdullayeva, the spokesperson of the Azerbaijani Foreign Ministry commenting on the release of Sassounian. “We consider this decision regarding the aforementioned terrorist a grave mistake and a concession to terrorism and we once again condemn it,” Tanju Bilgiç, the spokesperson for the Turkish Foreign Ministry, said in the written statement.

Despite these reactions, the Armenian governments and society have never ceased to regard the members of these groups as national heroes giving their names to streets, schools and other institutions and building statutes in their “honor”. Although there are some Armenians who objected to the glorification of Sassounian as a “national hero”, the Armenian social media generally was in the celebrative mood. For instance, an Armenian diaspora organization called Armenian Youth Federation based in the United States excitedly announced on Twitter that “Armenian Hero Hampig Sassounian is free and in the Homeland”.

As stated above, the glorification of the terrorist acts of Sassounian is not an isolated case for Armenia. For instance, Monte Melkonian, one of the leaders of ASALA, is heroized by Armenians for having killed Turkish diplomats and for playing a leading role in Armenia’s war against Azerbaijan. In 1980, in Athens, Greece, Melkonian murdered a Turkish diplomat and his 14-year-old daughter. After being released from the French prison, Melkonian went to Armenia and joined his country’s ethnic cleansing of the Karabakh region of Azerbaijan. He participated in mass atrocities against Azerbaijani civilians, the largest of which was at the town called Khojaly in 1992. Since Armenia gained independence in the early 1990s, statues have been built in his honour, his name has been given to educational institutions, and a foundation was named after him. In the cemetery where he is buried, there is a memorial built in honour of ASALA.

Varoujan Karapetyan, another ASALA member and the head of the organization’s French branch, was welcomed in Armenia as a national hero, after having spent nearly 20 years in jail in France, for the fatal bombing attack against Turkish diplomats at Orly Airport in Paris. The eight victims of the attack were not only the Turkish citizens: apart from two Turkish nationals, four French, one American and one Swedish lost their lives in that incident. But this did not keep Armenian politicians and intellectuals from campaigning for his early release and heroizing him at the highest level.

The glorification of those terrorists like Sassounian, Melkonian and Karapetyan who murdered innocent civilians, diplomats and children justifies and legitimizes terrorist tactics in the pursuit of alleged national causes and encourage the next generations of Armenians to follow suit. The tragedies experienced by Armenians and Azerbaijanis over the latest decades seem unfortunately not to have sufficed for the supporters of these extremist groups to realize that violence breeds more violence and more tragedies. Quite the contrary, against the background of the peace efforts since the end of the 44 Day Karabakh War, it is high time for Armenia to renounce the violent past and seize the historic chance for a peaceful future.

Vasif Huseynov is a senior advisor at the Baku-based Center of Analysis of International Relations (AIR Center).