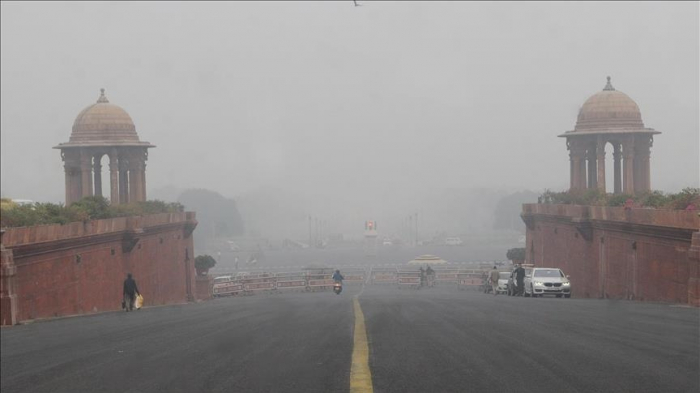 Schools in New Delhi will be closed all through next week, government employees will work from home, construction activities will grind to a halt – not because of a COVID-19 surge, but the severe air pollution crisis that has crippled life in India’s sprawling capital.

Authorities announced the measures on Saturday after India’s Supreme Court asked the government to take immediate action to rein in soaring pollution that has left New Delhi and its citizens gasping for clean air.

“Schools will remain shut for a week and revert to online classes … (and) construction activities have been banned from Nov. 14 to Nov. 17. Government offices will also have employees working from home for a week,” he told reporters, adding that private offices will also be pushed to keep workers at home.

He said a proposal with more possible measures will be submitted to the Supreme Court, which had suggested a two-day lockdown in the capital.

“Our only aim at the moment is to deal with the emergency-like situation that has emerged due to an increase in air pollution … We are not imposing a lockdown right now ... (but) we will put a proposal before the court with steps that can be taken if the situation worsens,” Kejriwal said.

Air pollution has become a persistent problem in New Delhi over recent years and the city is often ranked as the most polluted capital in the world.

A study in 2019 indicated that India’s deadly air quality contributed to over 1.2 million deaths in the country.

The issue is particularly aggravated in the winter season from November to January, when farmers in nearby areas burn crop stubble and add to the emissions of coal-fired plants and industrial units around the city.

“The conditions took a turn for the worse from Nov. 4, and what we are seeing now is one of the longest spells of air pollution,” Gufran Beig, project director of India’s state-run System of Air Quality Weather Forecasting and Research (SAFAR), told Anadolu Agency.

“Today, the contribution of stubble burning is 31%. The remaining is from local sources such as transport and industries,” he said, adding that air quality is expected to slightly improve from severe to very poor on Sunday or Monday.

Air pollution is not the only challenge in India’s capital, as seen earlier this week when a stretch of the Yamuna river that runs through New Delhi was covered with toxic white foam caused by pollutants dumped by industries set up around the city.​​​​​​​