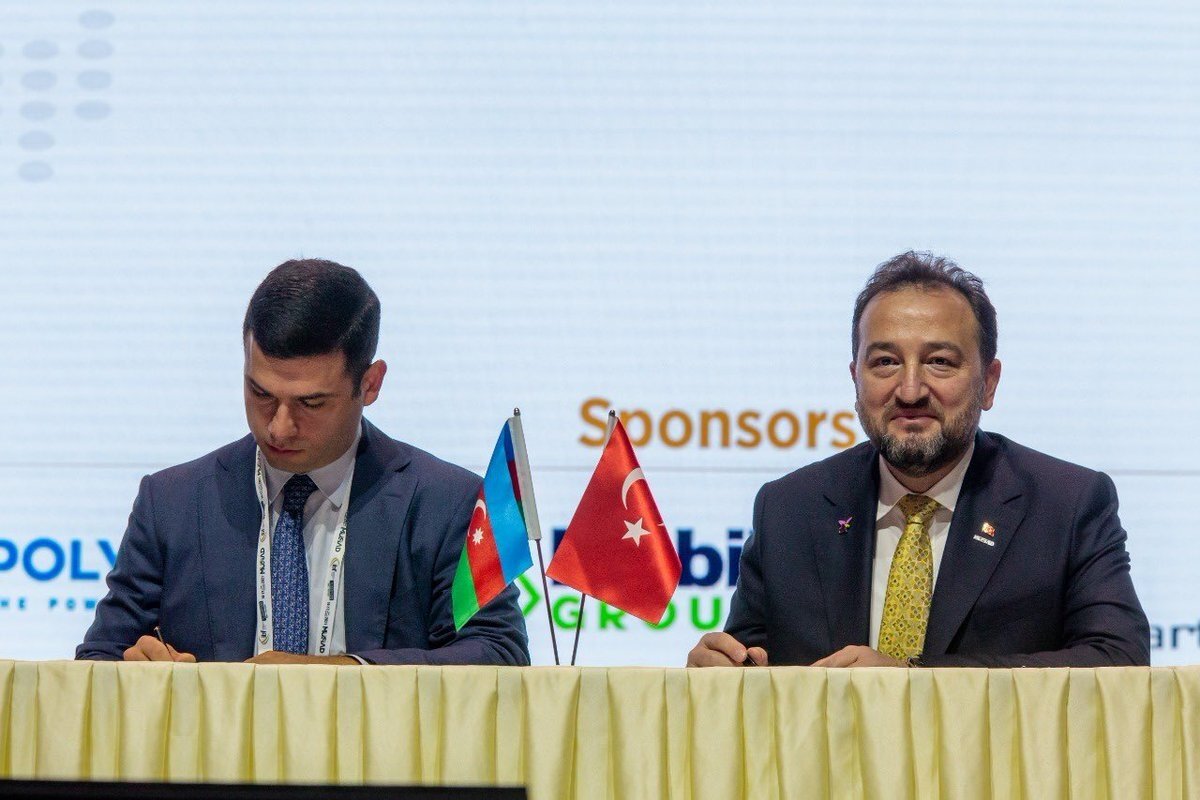 Economic development is possible thanks to the cooperation of businesspeople. The 25th International Business Forum (IBF), which is kicked off Monday in Azerbaijan’s capital Baku, is expected to play a significant role in giving a platform to companies from both Turkey and Azerbaijan as well as from around the world to establish new ties while providing the Caspian country with ways to attract more investment.

The forum, this year being held with the motto “Azerbaijan, the pearl of Asia” was organized by Turkey's Independent Industrialists and Businesspersons Association (MÜSIAD) with the cooperation of a local partner, the Small and Medium Business Development Agency of Azerbaijan (KOBIA) and with the support of trade ministries and institutions of both countries.

The 25th edition of the event will focus on Azerbaijan's potential in several sectors such as tourism, agriculture, energy and health. Along with some 550 Turkish business and industry people, it brings together distinguished businesspeople from Canada, Europe, the United States, the Middle East, Russia and North Africa.

Focusing on investment and business areas in each part of Azerbaijan, this year’s forum particularly draws attention to the investment and development opportunities regarding Azerbaijan’s recently liberated Nagorno-Karabakh region that has a high potential for new investments after having lacked development projects for years under Armenian occupation.

Azerbaijan's Economy Minister Mikayil Jabbarov said during the opening speech that IBF will contribute to attracting investments and the implementation of projects in the liberated territories of Azerbaijan.

"This forum is a good platform for further increasing the investment attractiveness of the country, the development of small and medium-sized enterprises (SMEs). In addition, the forum will contribute to attracting investments in the implementation of projects in the liberated territories of Azerbaijan," he said.

Currently, restoration work is being carried out in the liberated territories, according to him.

As a result of last year's 44-day Karabakh war that started on Sept. 27, 2020, against the increasing attacks and provocations of Armenia, Azerbaijan liberated its lands from occupation.

"We are implementing large projects in Karabakh, such as the creation of industrial parks, which contribute to increasing the investment attractiveness of the region," the minister noted.

"We will be glad to see foreign companies and investors in the country in the context of the implementation of this strategy," Jabbarov also said.

Non-oil sectors
The economy minister meanwhile highlighted the growth potential of Azerbaijan’s non-oil-based sectors. The country is a huge exporter of natural gas and oil, with the sector’s revenues constituting some 40% of the gross domestic product (GDP), according to the data shared during the conference.

Jabbarov said the non-oil industry’s share in his country’s total industry is forecasted to be 64% by the end of this year.

MÜSIAD Founding Chairperson and IBF head Erol Yarar, also speaking at the opening of the forum, said cooperation between businesspeople is of great importance for the economic development of both Azerbaijan and Turkey.

He recalled President Recep Tayyip Erdoğan’s recent remarks that “the development of trade and economic relations lies at the heart of cooperation.”

Yarar said the forum this year is being held with the special purpose of developing further economic and trade relations.

Mahmut Asmalı, the MÜSIAD general manager, for his part, said that by holding the IBF in Baku they aim to establish a new era in Turkish-Azerbaijan business relations. Saying that new business models and investment opportunities that will shape the future of both countries are to be discussed as part of the forum, Asmalı said the forum bears new opportunities for the development of Karabakh.

The IBF also saw the signing of several cooperation agreements such as the protocol of intent on public-private partnership (PPP) and a memorandum of understanding (MoU) on bilateral cooperation.

As part of the IBF that is to run through Nov. 17, businesspeople will find an opportunity to conduct business-to-business (B2B) meetings as well as avail business opportunities on-site thanks to factory and economic zone trips.