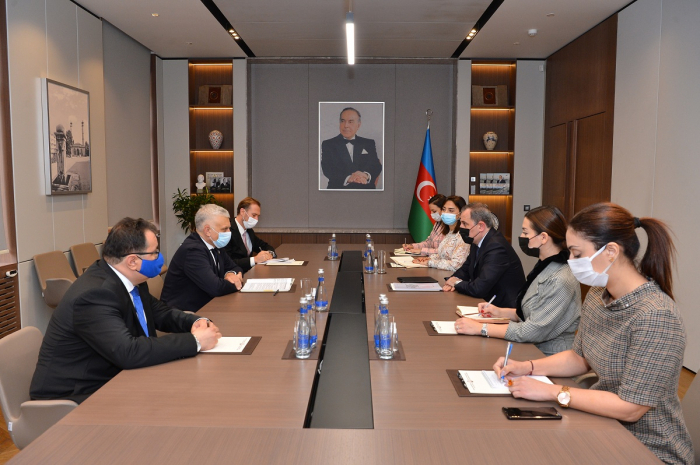 On November 18, Azerbaijani Foreign Minister Jeyhun Bayramov held a meeting with Acting Director-General of the Directorate-General for European Neighborhood Policy and Enlargement Negotiations of the European Commission Maciej Popowski.

During the meeting, the sides exchanged views on the issues in the cooperation agenda between Azerbaijan and the European Union, particularly in terms of the upcoming Eastern Partnership Summit.