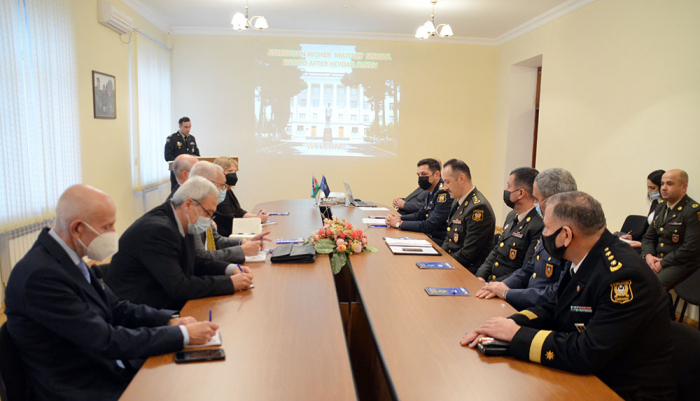 In accordance with the NATO-Azerbaijan joint action plan to support the development of the military education system of the Azerbaijan Army, a working meeting with a NATO expert group was held in Baku within the framework of the Defence Education Enhancement Programme (DEEP), AzVision.az reports citing the press service of Azerbaijan MoD.

The activities carried out in the field of military education in the Azerbaijan Army throughout 2021 were discussed during the meeting held at the War College of the Armed Forces between military education specialists of the Ministry of Defense and the Alliance. An exchange of views on the planning and implementation of activities for the coming year was held, new prospects were considered, and cooperation plans were analyzed.

Then the guests visited the Azerbaijan Military Academy named after Heydar Aliyev. The participants exchanged views on the prospects of the development of the military education system, discussed a number of issues of military education methodology, as well as presented joint briefings on the experience gained in this area.