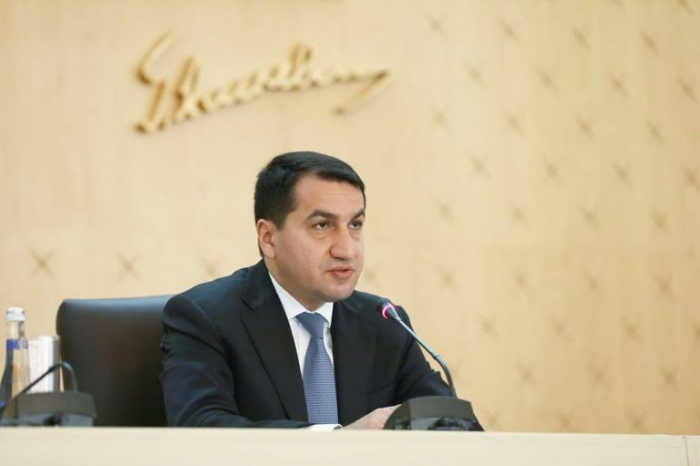 Azerbaijan has created a new reality in the region with its Karabakh victory, Hikmat Hajiyev, Assistant to the Azerbaijani President, Head of the Foreign Policy Affairs Department at the Presidential Administration, said on Friday.

The presidential aide made the statement at a meeting of the Russia-Azerbaijan Expert Council in Baku, AzVision.az reports.

Hajiyev noted that the Russia-Azerbaijan Expert Council is of special importance in the development of relations between the two countries.

“Relations between Azerbaijan and Russia are historically deep-rooted. The friendship between our countries is of strategic nature, which is very important for ensuring security in the South Caucasus,” he said.

Hajiyev recalled that Azerbaijan has restored its territorial integrity by liberating its lands from occupation, and the Karabakh conflict is over.

Emphasizing the importance of the trilateral statement of November 10, 2020, Hajiyev said a new reality emerged in the region after Azerbaijan’s victory.

He said the current Azerbaijan-Russia relations correspond to the historical traditions of the two countries.

Praising the significant role of the Russia-Azerbaijan Expert Council in deepening bilateral relations, Hajiyev expressed confidence that the third party will also join the cooperation of Azerbaijani and Russian experts.