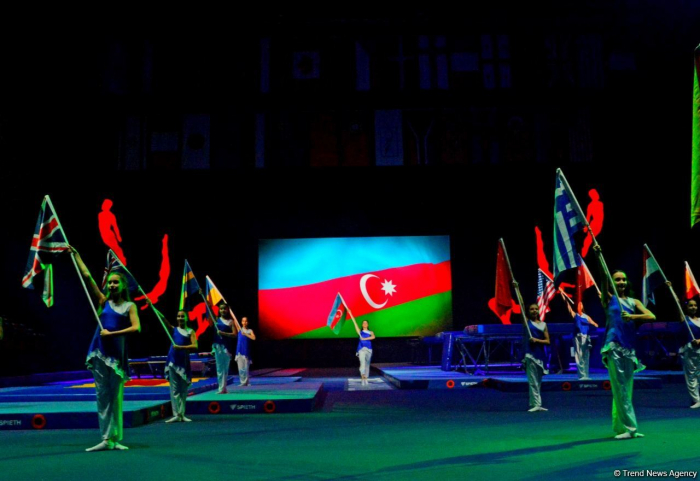 The closing ceremony of the 35th FIG Trampoline Gymnastics World Championships was held at the National Gymnastics Arena in Baku on Sunday.

A parade of flags of the countries that took part in the World Championship was held.

At the closing ceremony, the President of the International Gymnastics Federation (FIG) Morinari Watanabe made a speech.

"What a nice World Championships! Thank you, Baku, for staging such a great event in this difficult period! We have seen fantastic performances in all disciplines. Congratulations to all the athletes who competed fiercely in the different finals. What a fantastic show! We must applaud the excellent organisation," he said.

He also thanked the Azerbaijan Gymnastics Federation and the organising committee.

"See you next year in Sofia for the next World Championships!" he said.

The 2022 Trampoline World Championships will be held in Sofia (Bulgaria).

The 35th FIG Trampoline Gymnastics World Championships was held in Baku from November 18 through November 21.

About 270 gymnasts from 33 countries took part in the competition.

At the championship, Azerbaijani gymnast Mikhail Malkin won a silver medal in tumbling.