At least 46 people killed in bus accident in Bulgaria 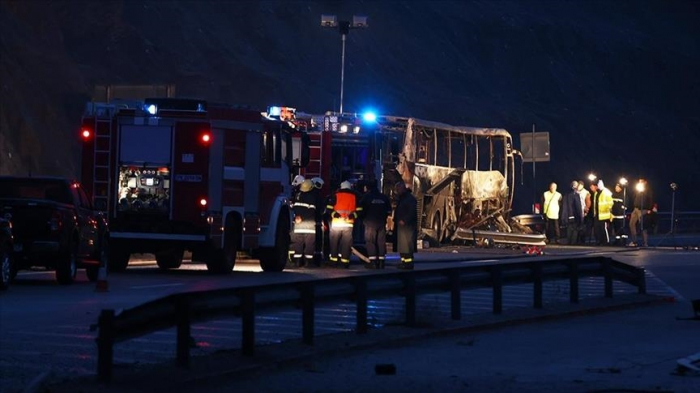 At least 46 people were burned to death early Tuesday in a bus accident in western Bulgaria.

The bus with North Macedonian license plate caught fire after crashing into a roadside barrier on a highway near the Pernik city, west of Sofia, according to private television NOVA.

Initial reports indicated 12 children were among those killed, while seven people injured in the accident were taken to a hospital in the capital.

It was reported that the bus departed Istanbul on Monday and entered Bulgaria late that night.