Lithuania, in spat with China, urges Europe to brace for ‘coercion’ from Beijing 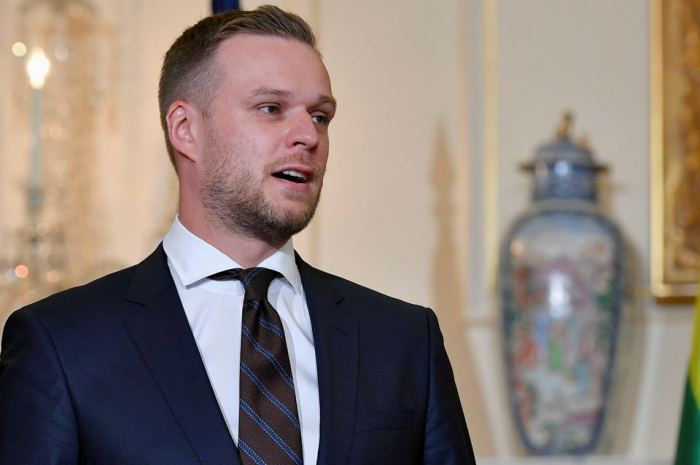 Lithuania will adapt to "short-term" economic pain dealt by China over its moves to enhance ties with Taiwan, foreign minister Gabrielius Landsbergis said on Wednesday, while urging Europe to brace against Beijing's economic "coercion" by getting more involved in the Indo-Pacific.

China downgraded diplomatic ties with Lithuania on Sunday over the Baltic country's move to allow self-ruled Taiwan to open a de facto embassy there. read more Lithuania has formal relations with China and not Taiwan.

Beijing views democratically-governed Taiwan as a province, and Lithuanian officials say China has also sought to inflict pain such as cutting trade links in retaliation for its decision.

Landsbergis told Reuters in an interview in Washington that such losses would be short-lived as Lithuania was working to make its supply chains less dependent on China.

"In the short term, it is painful for any country when your contracts are cut," Landsbergis said. "But it is short term, because markets adapt. Companies adapt."

Landsbergis said China had not only cut links with Lithuanian companies, but had approached companies in third countries to press them not to do business with Lithuania.

"So much of what we produce is partially produced with, or within, China. This is why we need to find ways to create supply chains and how to make them more resilient so they can withstand this coercion, the cutting of contracts, the secondary sanctions," Landsbergis said.

He said Lithuania would provide a model for countries on how to withstand such pressure, but European nations in particular should become more involved in the Indo-Pacific to enhance their economic security.

"We have to understand that every country now is involved in the Indo-Pacific," Landsbergis said.

"Some of our NATO allies are taking big responsibility in the region, offering security guarantees to countries, and that means that we also have to at least have an understanding of what's going on, or probably play some part in this," he said.

Landsbergis met earlier with U.S. Deputy Secretary of State Wendy Sherman, who according to a State Department statement, underscored "ironclad U.S. solidarity" with its NATO ally.

Sherman welcomed Lithuania, a country of about three million, expanding ties with democracies in the Indo-Pacific.

Washington has sought to carve out more space for Taiwan in the international system, one of the main factors in increasingly sour relations with Beijing. Indo-Pacific coordinator Kurt Campbell said last week that U.S. attempts to expand cooperation with its partners and allies in the region were causing China "heartburn." Beijing described the moves as Cold War thinking.