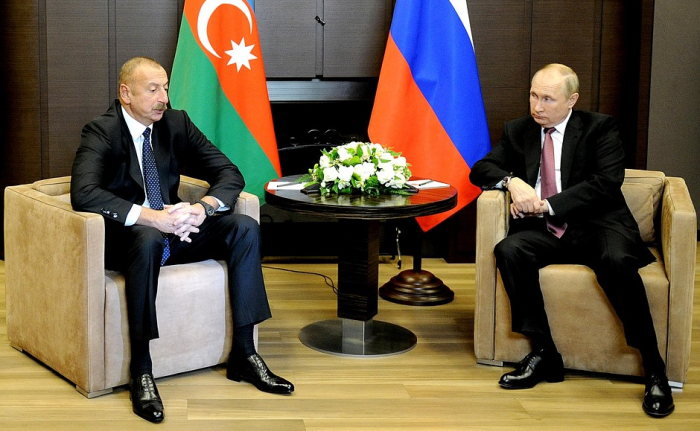 At today's meeting in Sochi, work on the comprehensive normalization of Armenian-Azerbaijani relations will be discussed. Of course, problems between Armenia and Azerbaijan will be discussed in detail today, said Azerbaijani President Ilham Aliyev at the meeting with his Russian counterpart in Sochi.

The head of the state said that no serious incidents had occurred in the area under the responsibility of peacekeepers since the deployment of Russian peacekeepers in November last year:

"No military clashes, no serious incidents were registered. Clashes took place on the Azerbaijani-Armenian border, which was not included in the area of responsibility of Russian peacekeepers. Of course, it makes us pay more attention to how to control and minimize risks in a trilateral format and comprehensively normalize relations."

"We highly evaluate Your role, the role of high-ranking representatives of the Russian government and the Russian peacekeepers in ensuring the peace in Karabakh. We hope that these activities will continue next year and good results will be achieved," President Aliyev also added.