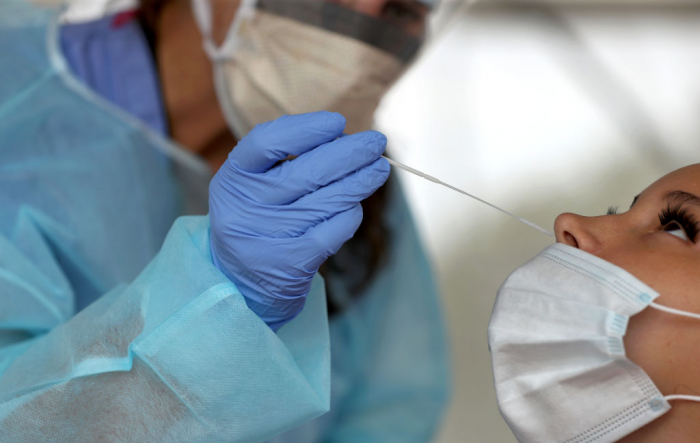 Currently used PCR (polymerase chain reaction) tests are able to detect a new SARS-CoV-2 variant, B.1.1.529, which was assigned the name ‘Omicron,’ the World Health Organization (WHO) said in a statement, AzVision.az reports citing TASS.

"The B.1.1.529 variant was first reported to WHO from South Africa on 24 November 2021," according to the statement. "The epidemiological situation in South Africa has been characterized by three distinct peaks in reported cases, the latest of which was predominantly the Delta variant. In recent weeks, infections have increased steeply, coinciding with the detection of B.1.1.529 variant."

"Current SARS-CoV-2 PCR diagnostics continue to detect this variant," the statement reads. "Several labs have indicated that for one widely used PCR test, one of the three target genes is not detected (called S gene dropout or S gene target failure) and this test can therefore be used as marker for this variant, pending sequencing confirmation."

"Using this approach, this variant has been detected at faster rates than previous surges in infection, suggesting that this variant may have a growth advantage," the statement added.

On Friday, the World Health Organization designated the B.1.1.529 variant as a "Variant of Concern" and assigned it the Greek letter Omicron. It also said that the new variant has "a large number of mutations, some of which are concerning." "Preliminary evidence suggests an increased risk of reinfection with this variant, as compared to other VOCs," it said.

The data on the new SARS-CoV-2 variant, B.1.1.529, which was identified in the south of Africa, was put on the international database GISAID on November 22.

The WHO expressed concern over reports from South Africa about the rapid spread of the infection in the densely-populated Gauteng province, which may indicate the strain’s high transmissibility. Several countries have suspended air service with South Africa and other countries in the south of Africa.