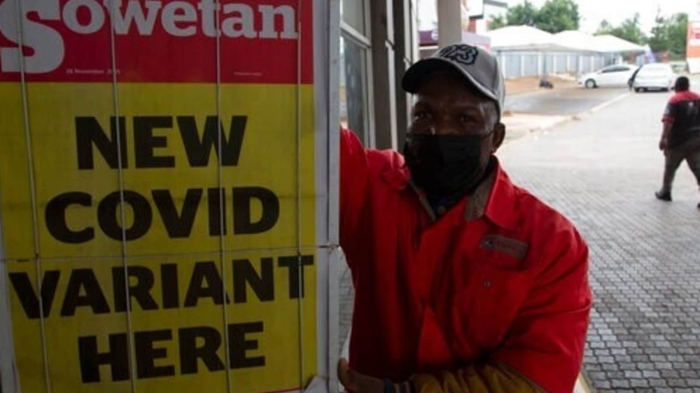 A South African doctor who alerted authorities to the new COVID Omicron variant has claimed its symptoms are mild, AzVision.az reports citing Newsweek.

Dr. Angelique Coetzee said she first became aware of the new variant at her private doctor's office in the South African city of Pretoria when patients came in with symptoms "different" to other strains, she told The Telegraph.

Symptoms included people from different ethnic backgrounds suffering from intense fatigue and a six-year-old child who had a high pulse rate, although none lost their sense of taste or smell.

Dr. Coetzee told the publication: "Their symptoms were so different and so mild from those I had treated before."

The doctor, who chairs the South African Medical Association as well as running her office, said she informed the vaccine advisory committee after four family members tested positive for COVID-19 on November 18.

They complained of feeling exhausted and later tested her patients, about two dozen of whom tested positive for COVID while showing symptoms associated with the new variant.

According to the doctor, mostly healthy men turned up "feeling so tired," about half of whom were unvaccinated.

Dr. Coetzee told The Telegraph: "We had one very interesting case, a kid, about six years old, with a temperature and a very high pulse rate, and I wondered if I should admit her. But when I followed up two days later, she was so much better."

While briefing other medical associations in Africa on Saturday, Dr. Coetzee said her patients were all healthy and that she worried the new variant could hit elderly people who suffer from pre-existing conditions, such as heart disease, much worse than other groups.

She told the publication: "What we have to worry about now is that when older, unvaccinated people are infected with the new variant, and if they are not vaccinated, we are going to see many people with a severe [form of the] disease."

Newsweek has contacted the South African Medical Association for comment.

The Omicron variant was discovered in South Africa earlier this week and cases have already been documented in Japan, Israel and the U.K. among many other countries.

In an appearance on NBC's Weekend TODAY, Fauci was asked about the ongoing omicron situation and whether he believed it was in the U.S.

He added: "It wouldn't surprise me. We have not detected it yet. But when you have a virus that is showing this degree of transmissibility...it almost invariably is ultimately going to go essentially all over."