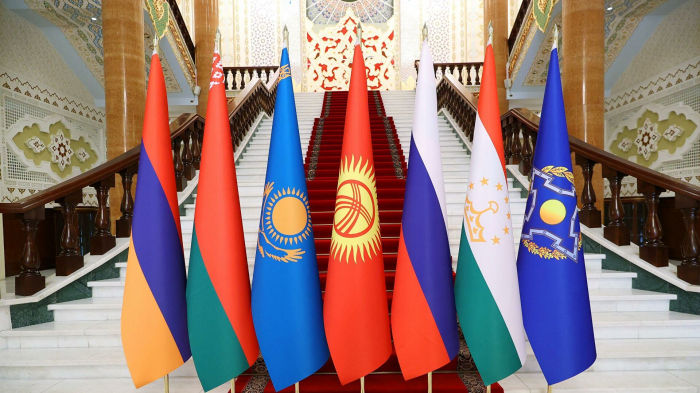 The Economic Cooperation Organization (ECO) holds an important place among economic and political institutions in terms of the total area of the territory of its member-states, population and GDP, Azerbaijani political analyst Elchin Mirzabayli said, AzVision.az reports citing Trend.

The analyst added that this envisages great opportunities for diversification of transport corridors, development of ties in the field of cargo transportation, agriculture, industry and others.

“Azerbaijan’s strategic partnership and allied relations with most of the ECO member-states expands its opportunities in this organization,” Mirzabayli said.

The political analyst said that Azerbaijan attaches great importance to its mission in all international organizations, in which it is a member, and is responsible for activity within the ECO.

“Azerbaijan mainly attaches great importance to the development of cooperation with such states with which it is linked by friendly relations, common culture, language, history, spiritual values, as the ECO member-states,” Mirzabayli added.

“If we imagine Azerbaijan’s activity and initiatives in the Turkic Council, OIC, Non-Aligned Movement, then Azerbaijan’s important role in the development of these organizations becomes obvious,” Mirzabayli said.

The analyst said that the congratulations to the Azerbaijani people and government in connection with the end of the 30-year occupation [of Azerbaijani lands by Armenia], indicated in the final Ashgabat Declaration of the 15th Summit of Heads of ECO member-states, is not accidental.

"This is the high assessment given to Azerbaijan’s international image, the determination of the Azerbaijani people to the struggle, President Ilham Aliyev’s decisive and far-sighted policy, his professionalism in the diplomatic sphere, as well as support for Azerbaijan’s fair position based on the norms and principles of the international law,” Mirzabayli said.

The analyst added that the fact that three ECO-member-states, which congratulated Azerbaijan, are also members of the Collective Security Treaty Organization (CSTO), in which Armenia is also represented, enhances the importance of the points in the Ashgabat Declaration on ensuring Azerbaijan’s territorial integrity.

“Of course, this is another diplomatic success and victory of President Ilham Aliyev,” Mirzabayli said. “The fact that Kazakhstan, Kyrgyzstan and Tajikistan, which are the CSTO member-states and have been represented in ECO, congratulated Azerbaijan on the restoration of territorial integrity, testifies to the importance attached to the relations with Azerbaijan.”

The political analyst said that this also demonstrates the attitude towards Armenia.

“That is, Armenia has no significance in this military-political bloc,” Mirzabayli said. “It is unprofitable to establish allied relations and cooperate closely with Armenia. It is impossible to expect fundamental support and adherence to the allied relations from Armenia.”