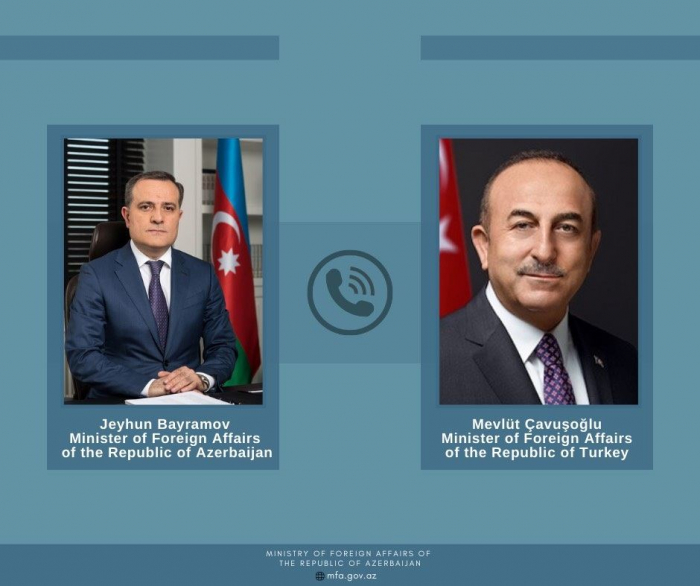 According to the ministry, Cavusoglu expressed deep condolences to his Azerbaijani counterpart in connection with the crash of a military helicopter of the State Border Service during training flights.

Bayramov thanked his Turkish counterpart for condolences and stressed that brotherly Turkey always shares both joy and sorrow with Azerbaijan.

The head of the Azerbaijani Foreign Ministry, in turn, expressed condolences in connection with those who died and were injured as a result of the hurricane in Istanbul.

Note that on November 30, at about 10:40 am (GMT+4), a military helicopter of the State Border Service crashed during training flights at the Garaheybat aviation range. As a result of the crash, 14 people died and two were injured.