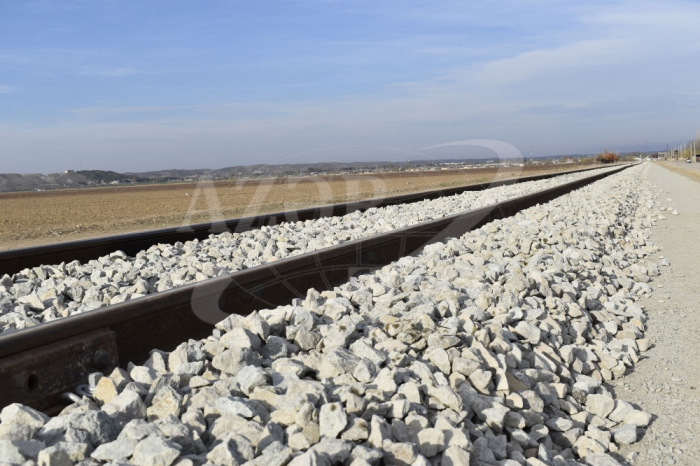 The implementation of a number of important infrastructure projects in the Azerbaijani territories liberated from the Armenian occupation was launched immediately after the restoration of the country’s territorial integrity by the Azerbaijani Armed Forces under the leadership of victorious Supreme Commander Ilham Aliyev.

One of such projects is the reconstruction of the Horadiz-Agbend railway line.

The Horadiz-Agbend railway line, which has both strategic and economic importance for Azerbaijan, is an integral part of the Zangazur corridor.

As a result of the project implementation, direct routes with the Nakhchivan Autonomous Republic and Turkey will be built, Azerbaijan’s geo-economic importance will more increase.

The railway will be of great importance both for the movement of citizens and for the transportation of goods to the liberated Azerbaijani lands.

The Horadiz-Agbend railway line was destroyed in 1993 after the occupation of Azerbaijani lands by the Armenian armed forces.

The final stop of the trains was the Horadiz station of the Fuzuli district during 27 years. But this railway will also be opened thanks to Azerbaijan’s victory over Armenia. At present, the railway line from Horadiz to Agbend settlement of Zangilan district is being rebuilt. 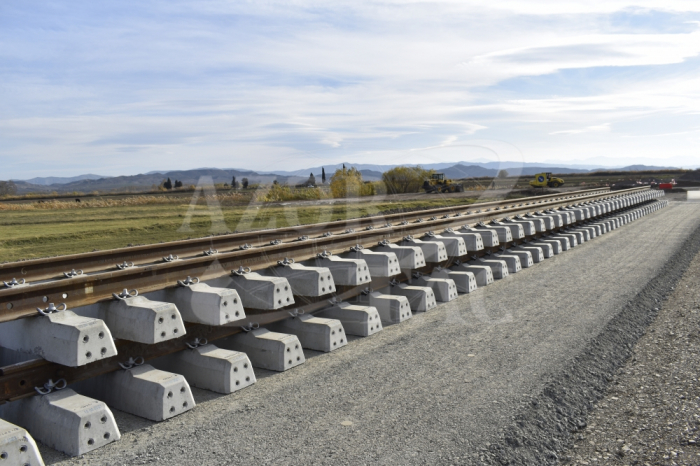 The length of the Horadiz-Agbend railway line, the foundation of which was laid by President Ilham Aliyev on February 14, 2021, is 110.4 kilometers.

The single-track railway will consist of eight stations and more than 300 artificial engineering structures are planned to be built within the project.

The railway line as a whole has been brought up to a topographic plan with the help of a drone. A conceptual plan has been prepared.

At present, the roadbed, as well as artificial structures are being built on the 40-kilometer-section cleared of mines.

The subgrade has been prepared, rock stones and gravel materials have been filled in on the 21-kilometer section.

The rails have been laid on the three-kilometer section. At the same time, artificial structures, including bridges and reinforced concrete pipes, are being built. 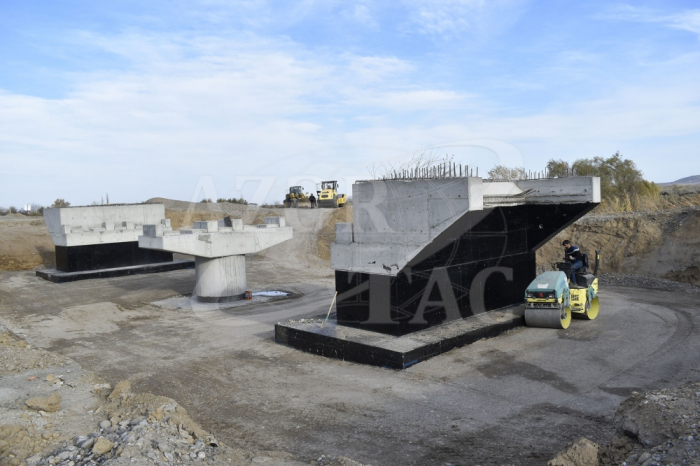