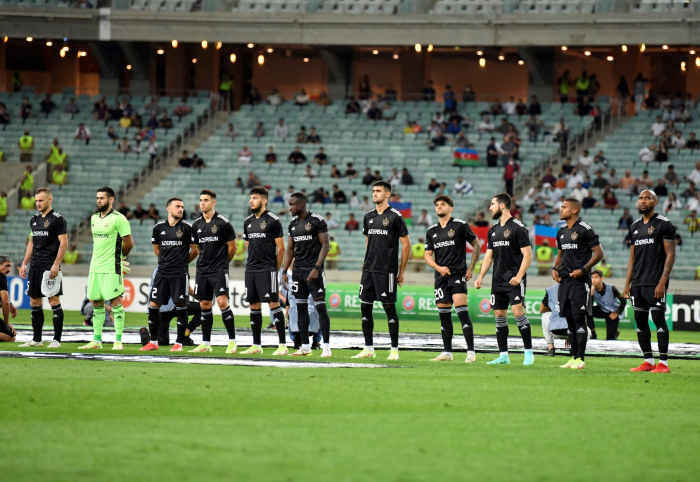 On December 9, Azerbaijan’s FC Qarabag are due to face Switzerland’s FC Basel in the last group match of the UEFA Europa Conference League. The Azerbaijani football club will not only play against FC Basel, but also has to ‘compete with referees’ to secure the first place in the group.  What happened in recent matches of FC Basel and referees favoring the Swiss club make us draw such a conclusion.

Suffice it to mention the fact that UEFA, the governing body of European football, has its headquarters in the country FC Basel represent. The successful performance of FC Qarabag ruins some people’s plans, and jealousness towards the Azerbaijani team is obvious.

In fact, until the last-leg match, FC Qarabag had to secure first place in the group standings. Basel’s possible loss of points in the match against Kazakh FC Kairat last week would pave the way for the Azerbaijani team to become a group leader. However, the Georgian referees, who did everything in order for FC Kairat to be defeated, had a serious impact on Qarabag players in the match against Cypriot AC Omonia. Undoubtedly, if the Swiss team stumbled in Kazakhstan, FC Qarabag would be motivated differently against the Cypriots and secure its group leadership.

Prior to the Omonia match, FC Qarabag knew that it should vie against FC Basel in Switzerland to formalize first place in the group. However, the Azerbaijani club had to be the group leader and leave for Switzerland for a draw. Goalkeeper Shahruddin Mahammadaliyev made a last-minute mistake in the match against Omonia, but the referees did everything in 90 minutes for the Cypriots to get at least one point.

The promotion of "Basel" had already started in the 4th round. Those who witnessed Qarabag's victories began to help its main rival in Cyprus. And in Astana…

• "Kayrat" - "Basel" game. When the score was 2: 2, in the 70th minute of the game, the number #7 player of the Swiss team Pajtim Kasami played very rudely inside the penalty area against Kairat’s striker. It seems that there was a fairly obvious episode with a penalty. Before this episode, he received a yellow card. Although the yellow card meant the dismissal of Kasami, 3 minutes later, the "Basel" goal was the winner, which was scored by Kasami.
• Again "Kairat" - "Basel" game. One minute after the Swiss representative scored the third goal, there was another rudeness in the penalty area against Kayrat’s striker. This time, the judges say "continue." The judge's decision during the episode even upset Gurban Berdiyev, who is known for his patient behavior.
• The decisions against "Qarabag" in the meeting with "Omoniya" were enough. Abdullah Zubir was subjected to rudeness in two episodes, the referee says "continue", "Qarabag" score and the referees made a controversial decision by not recording this goal. Even when the Omoniya defender controls the ball with his hand inside the penalty area, the referee "does not interrupt" him. And the most important episode was the treatment of the player of "Omoniya" Michal Durish against Abbas Huseynov when the score was 0: 0 - the referee only showed a yellow card for the sambo trick.

Considering all this, it is not difficult to imagine what is expected for"Qarabag" in Switzerland. Probably, the referees will be the leader of the group again and will do everything possible to prevent them from reaching the 1/8 finals. It is good that the people of Agdam have long since coped with the minimum task, otherwise, the frustration, which we once experienced during the game with Milan "Inter" in Baku, would be repeated.