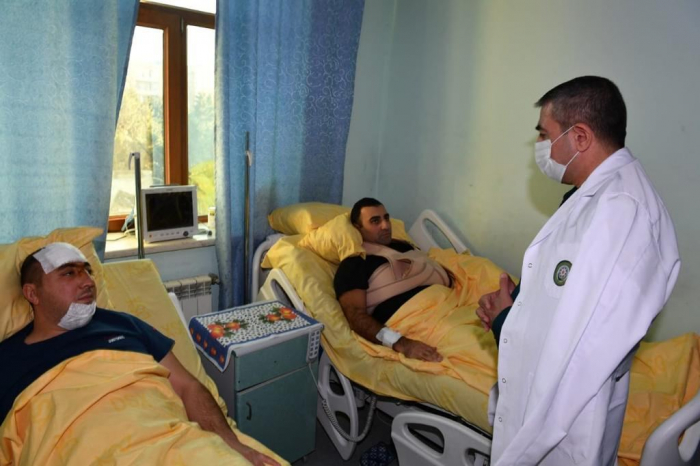 Chief of the State Border Service (SBS) of Azerbaijan Colonel-General Elchin Guliyev visited Lieutenant Colonel Emil Jafarov and Captain Ramin Adilov, who were injured during the crash of a military helicopter and are currently undergoing treatment, the service’s press service told AzVision.az.

Guliyev talked with the servicemen, inquired about their well-being and wished them a speedy recovery.

The SBS chief was reported on the condition of the servicemen and the course of treatment. It was noted that everything necessary was being done to ensure their recovery and return to service as soon as possible.

On November 30, at about 10:40 (GMT+4), an SBS military helicopter crashed during a training flight at the Garaheybat airfield in the Khizi district, killing 14 servicemen and leaving two others aboard injured.