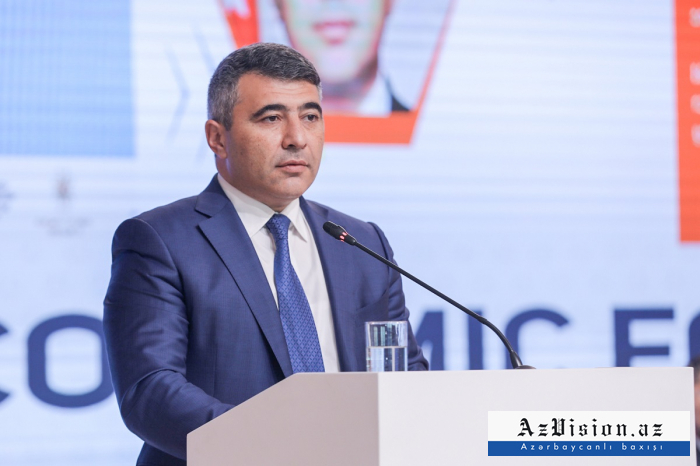 The scope of work on the development of agriculture in Azerbaijan’s Karabakh will be expanded in 2022, the Minister of Agriculture of Azerbaijan Inam Karimov said during the panel discussions of the UNEC Economic Forum, AzVision.az reports.

"In modern society, the application of innovations and technologies is of great importance. In this regard, the economic development policy pursued by President of Azerbaijan Ilham Aliyev is also aimed at innovation. Karabakh was one of the most developed regions of Azerbaijan in the field of agriculture. The Armenian occupation caused enormous damage to the entire agriculture of this region. Therefore, we have already begun to implement restoration projects," Karimov said.

He noted that work is underway on the vacated lands to determine the territories suitable for agricultural activities.

"Work is already underway on sowing autumn and spring crops. The region has great potential in the field of crop yields. This work will be expanded next year. The work also includes animal husbandry and sowing. In addition, we pay great attention to the restoration of horse breeding in Karabakh. Quarantine zones for animals have been created in Fuzuli district, where we will be able to examine them,” the minister said.

Karimov also said that it is planned to provide water infrastructure for the territory with a total area of ​​hundreds of thousands of hectares, adding that this work will also be carried out on the basis of modern technology.

In addition, Karimov stressed that the creation of "smart villages" is the basis for the development of modern agriculture.