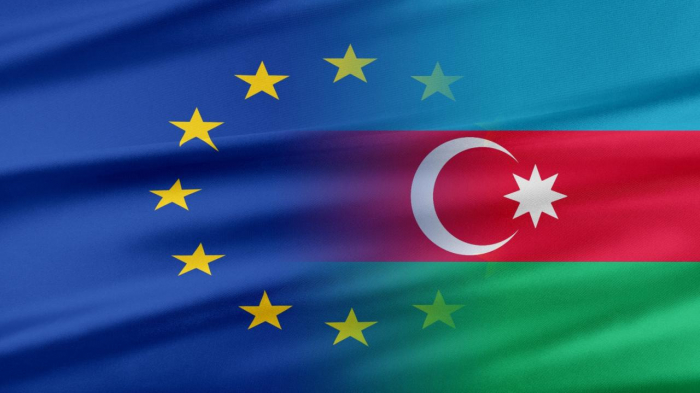 For Azerbaijan, the upcoming meeting will be the first summit after the country’s decisive victory over Armenia in the 44 Day Karabakh War (September 27 – November 10, 2020) which restored the country’s territorial integrity. It will also be an important opportunity to talk about the future of the country’s relations with the EU and probably also the draft of a new framework agreement which the sides have been negotiating for a few years.

In 2010, a new type of legal framework for the EaP countries, namely the Association Agreement (AA), was proposed by the EU. The Azerbaijani government though initially started negotiations with the EU for an AA, in 2013 decided against it, criticizing the EU-centered nature of the proposal. Baku declared its opposition to any deal that might violate the strategic and equal nature of its relations with the EU. Instead of an AA, the Azerbaijani government proposed two alternative frameworks that would supposedly be better aligned with the interests and objectives of Azerbaijan. Baku’s first initiative, the Strategic Modernization Partnership (SMP), proposed in 2013, would not be legally binding (on the contrary to the AA), preserve the Partnership and Cooperation Agreement (PCA) of 1996 as the legal basis for relations, exclude politically controversial issues and clearly mention Azerbaijan’s territorial integrity relating to the Armenia-Azerbaijan conflict.

The EU dismissed the SMP but demonstrated a more receptive tone for the second proposal – the Strategic Partnership Agreement – that was initiated by the Azerbaijani government at the Riga Summit of the EaP in 2015. In November 2016, the European External Action Service (EEAS) obtained a mandate for negotiations from member states in the EU Council, and in February of the following year the sides started the negotiations. In April 2019, Azerbaijani Foreign Minister Elmar Mammadyarov stated that more than 90 percent of the text of the EU-Azerbaijan deal is already agreed.

In late 2019, Azerbaijan’s President Ilham Aliyev revealed that the bone of contention in the negotiations for a new document is related to the EU’s expectation for Azerbaijan’s accession to the World Trade Organization (WTO) and the proposed regulations over the price of natural gas exported by Azerbaijan. “The time has not come for such a membership [to the WTO], since the basis of our exports today is oil and gas”, said President Aliyev. Concerning the energy prices, he disclosed that Azerbaijan is offered to sell gas for export at domestic prices – which is unacceptable for Baku as Azerbaijani citizens are provided with natural gas at a reduced price.

Despite these challenges in the negotiations, the sides have not given up and seek to reach an agreement in the near future. The comprehensive economic cooperation between the EU and Azerbaijan, particularly in the energy field, has been the main motivation for the sides to finalize the negotiation process. The EU has the largest share (more than 40 percent) in Azerbaijan’s total trade, is the largest investor both in the oil and non-oil sector of the country. In its turn, Azerbaijan plays an increasingly important role for European energy security. The South Caucasian republic supplies around 5% of the EU’s oil demand and exports gas to the European market for the first time since last year.

In December 2020, Azerbaijan began exporting gas to Europe through the Southern Gas Corridor (SGC), a project worth $33 billion. Although the share of the Azerbaijani gas is less than 2 percent in the overall gas imports of the EU, for some members the Azerbaijani gas would be a game-changer. For example, Bulgaria will be able to cover up to 33% of its total gas demand through the SGC pipeline after the completion of the interconnector to Greece. On the other hand, the importance of this pipeline for European energy security would significantly increase if the talks on Turkmenistan’s participation in the project successfully end.

"From January to October 31 this year, Azerbaijan delivered more than 14 billion cubic meters of natural gas via this route for 10 months. The gas was delivered to Turkey, Georgia, Italy, Greece, and Bulgaria,” President Aliyev said in his address to the VIII Global Baku Forum in November 2021. “As for the countries where Azerbaijani gas is supplied, there is no gas, no price crisis, no freezing. This shows once again that the Southern Gas Corridor is an important project for energy security and Europe as a whole”, he added.

The resolution of the Armenia-Azerbaijan conflict opens up new opportunities for Azerbaijan-EU relations. Throughout its engagement with the region, it has been a challenge for the EU to come up with an approach acceptable to both Baku and Yerevan. While Yerevan demanded the EU to emphasize the self-determination principle concerning the occupied territories of Azerbaijan, Baku called upon Brussels to treat the territorial integrity of Azerbaijan in the same way as it does with other territorial conflicts in the neighborhood. The liberation of the occupied territories of Azerbaijan last year and the launch of the negotiations over the delimitation and demarcation of the Armenia-Azerbaijan borders last month is likely to generate a more favorable political environment for the EU to engage with the regional countries.

In order to effectively utilize the opportunities created by the post-war situation, the EU however needs to equally treat the regional countries and consider their concerns in its policies vis-à-vis the region. For example, Brussels was widely criticized in Azerbaijan this summer after the announcement of an aid package for the Eastern Partnership countries. Disregarding Azerbaijan’s needs to demine and rehabilitate the totally-destroyed Karabakh region, the EU allocated substantially less aid for Azerbaijan (less than 200 million euros) than Georgia (3.9 billion euros) and Armenia (2.6 billion euros). The EU has failed to provide a convincing explanation for this discrepancy, which raised questions about the true nature and objectives of the investment package and had a negative impact on the EU’s image amongst the Azerbaijanis.

In the run-up to the EaP summit, although it is not clear whether Baku and Brussels can finalize the talks on the new framework agreement and sign it during the summit, the bilateral economic bonds and the resolution of the Armenia-Azerbaijan conflict create more auspicious conditions for the development of the relations between Azerbaijan and the European Union.

Dr. Vasif Huseynov is a senior advisor at the Center of Analysis of International Relations (AIR Center) in Baku, Azerbaijan