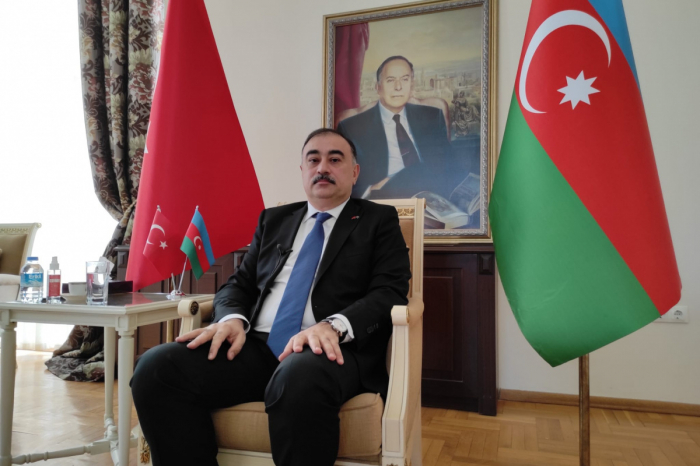 "Under the statement signed on November 9, the Zangazur corridor is planned to be opened for all communities. The road to Nakhchivan and Turkey will be opened. Nakhchivan will contribute to the countries of Central Asia and Europe," Azerbaijani Ambassador to Turkey Rashad Mammadov told reporters.

"We are convinced that both Armenia and regional countries will benefit from the opening of the Zangazur corridor. All countries sending transit cargo will benefit. After the opening of the highway, railway, and other roads, Armenia will also take advantage of it. Armenia will understand that establishing economic and political ties with Azerbaijan and Turkey is a chance for the future of the country. Hence, they must recognize the independence and sovereignty of our states. The signed statements will be implemented and long-term peace and stability will exist in the Caucasus," the ambassador added.