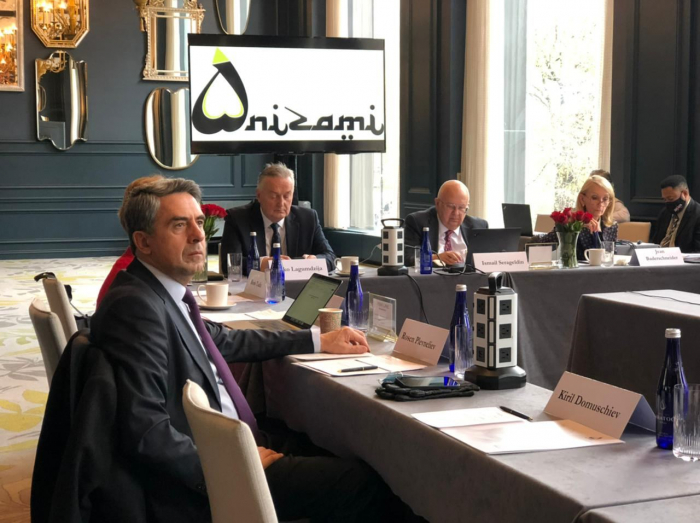 The Nizami Ganjavi International Center (NGIC), in collaboration with the National Committee on American Foreign Policy (NCAFP), held a forum on Euro-Atlantic challenges in New York as part of a multi-day program of meetings with leaders of the United Nations (UN) and the United States (U.S.) partner organizations.

Zlatko Lagumdzija, former Prime Minister of Bosnia and Herzegovina, moderated a panel with Susan Elliott, NCAFP President, on “Security and Euro-Atlantic Integration” and “Security Challenges in the Western Balkans” and Eka Tkeshelashvili, former deputy Prime Minister of Georgia and Kateryna Yushchenko, former First Lady of Ukraine moderated a panel “Future of Eastern European Partnership“ with political, diplomatic, and academic leaders from 12 countries which were gathered through the partnership of the NGIC and NCAFP.

Lagumdzija stated that the Western Balkans represent one of the key challenges for the survival and stability of Euro-Atlantic structures. To the extent that the U.S. and the EU build a partnership on the integration of BiH and the Western Balkans through support for the values on which they themselves have, they can preserve their own geopolitical credibility and security.