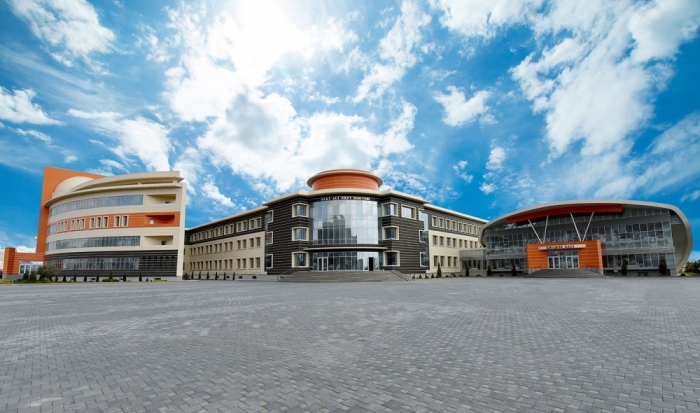 At the signing ceremony, held with the participation of British Ambassador to Azerbaijan James Sharp, Rector Elmar Gasimov said the project is the next stage of cooperation between the British Council and the BHOS. Speaking about the ACCA Center, which opened several months ago at the BHOS in cooperation with the British Council, the rector said that this center, which is one of the five ACCA centers in the world, has risen to second place in a short time and that it employs about 50 people. Elmar Gasimov expressed confidence that in the coming months the center will become the world's largest IELTS Registration Center.

“The fact that the ACCA Center and the IELTS Registration Center were opened for the first time in the country at the BHOS testifies to the high reputation of our university. I am confident that this center will become a leading center not only in our country, but also in the region. The services of the center will be used by both our students and our young people, who in the future will take exams to enter prestigious universities around the world."

The rector noted that Baku Higher Oil School, which has been operating for 10 years, is successfully cooperating with the UK and that the British Council has made a great contribution to this cooperation. Speaking about the importance of the English language, Elmar Gasimov said that Baku Higher Oil School was established 10 years ago by the Decree of President Ilham Aliyev with the aim of training highly qualified English-speaking personnel and that the university has been successfully training English-speaking technical specialists for 10 years. The rector stressed that BHOS graduates work in many prestigious companies, receive scholarships from universities around the world and are actively involved in the processes of teaching and management at the university, which testifies to the success achieved by BHOS over the past 10 years.

Expressing satisfaction with his visit to Baku Higher Oil School, British Ambassador to Azerbaijan James Sharp expressed confidence that the center will be of great benefit to young people. The ambassador praised the cooperation between the BHOS and the British Council, stressing that this cooperation is a new aspect in the quality of education.

“English is the language of the present and the future, and, therefore, special attention is paid here to the teaching of this language. We are very pleased to start cooperation with Baku Higher Oil School and we look forward to new cooperation with the university in the future".

Speaking about the importance of the agreement, Director of the British Council in Azerbaijan Francis Gardener-Trejo noted that the partnership, among other things, will help students to master English at the highest level. He said that this collaboration will be of great benefit to BHOS and that it will be a specialized collaboration.

“We are very successfully cooperating with Baku Higher Oil School and this new partnership will be very beneficial for young people in terms of the registration for IELTS tests and recognition of IELTS certificates. And this is another aspect of this cooperation. Acceptance of the IELTS certificate by Baku Higher Oil School and education of students at the BHOS on the basis of this certificate shows that the admission of students to the BHOS is carried out on the basis of a high score that the university provides students with the highest level of education".