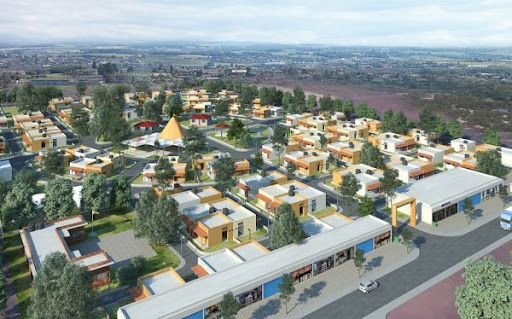 These regions have been massively damaged by the urbicidal actions of the brutal Armenian army, which entailed gross violations of the fundamental principles of international law. These violations have been confirmed by numerous resolutions of the U.N., the European Union, the Organization for Security and Cooperation in Europe (OSCE), and other international organizations. These organizations also testified that it was in the interest of the global community to reincorporate Karabakh into the legal, political, and economic expanse of Azerbaijan. During three decades of illegal Armenian occupation, Azerbaijan remained devoted to a peaceful approach. The second Karabakh war changed the landscape and socio-politico discourse of the South Caucasus with the victory of Azerbaijan. The visionary leadership under His Excellency Ilham Aliyev is committed to rehabilitate and reconstructing its liberated territories. Major plans and infrastructure projects for restoring these lands are being implemented in this aspect.

The war-torn regions explicitly demonstrate Armenian atrocities and vandalism. Yerevan plundered the resources and contaminated areas with landmines. Due to landmines contamination, innocent people of Azerbaijan have suffered a lot. Armenian state-sponsored terrorism, environmental crimes, and landmine blasts have resulted in massive causalities in liberated areas even after the liberation. This issue cannot go easily as it takes many years or decades to demine the territories. Even the landmines and contaminated material from WW1 still occur on the surface each year. The Armenian army used improvised explosive devices and landmines. This reflects the vicious ideology that Armenian leadership has opted outrightly to destabilize peace and security. Such tactics are used to erode the credibility of the government or spread fear in the population. However, when war is over, the purpose of landmines changes entirely. It creates challenges for health, socioeconomic fabric, security, and reconstruction processes. It also jeopardizes the lives of people who are conducting clearance operations in such areas.

Azerbaijan has taken exceptional initiatives to clear the landmines and reconstruct the liberated regions into smart cities. The Azerbaijan National Agency for Mine Action (ANAMA) is charged with coordinating activities of demining, mine risk education (MRE), and victim assistance. ANAMA has developed new methods and procedures that were better adapted to the national situation. The priority is de-mining to render the liberated territories safe. Risk management and control measures have been effective strategies to revive the credibility of the land. Moreover, programs like mine clearance knowledge, creating awareness, and transparency are essential for people. It creates confidence in people over their leadership because the elimination of risk not only requires removing mines but also its fear among people. It denotes risk management and disaster control policies. Azerbaijan has taken significant measures vis-à-vis clearance operations:

The resettlement system within Azerbaijan’s town-planning structure of the liberated territories will play a pivotal role in identifying principles, methodologies, and means of rehabilitation. To achieve the most effective restoration outcomes, it is critically important to correctly identify the order in which the areas will be restored. In this aspect, Azerbaijan has been promoting contingency planning and the design of an international strategic framework to address the challenges of post-conflict resettlement, reconstruction and rehabilitation of war-torn districts. Thus, the government’s multi-sector program has been carefully appraised to facilitate displaced persons to their areas of origin sustainably and safely. Moreover, the program also aims to introduce an integrated package of cost-effective physical and social infrastructure and income-generating activities for those returning, as well as for several thousand people who have already returned. The keystone of the Programme is the shelter sector which is a part of an integrated solutions-oriented strategy developed by Azerbaijan. Cooperation between government and private expert groups is significant at each of the stages of post-conflict rehabilitation. The government experts are better informed about the processes in the liberated territories and restoring infrastructure. Likewise, the independent experts who contributed to the State Program can access the information to make their contribution valuable and well-substantiated towards the nation. Furthermore, coordination among independent, domestic, foreign experts and government experts will also create several approaches towards forming a legal framework of rehabilitation, resettlements, or repatriation.
Azerbaijan under His Excellency President Ilham Aliyev:

Azerbaijan has implemented a comprehensive infrastructure development project to revive the cultural hubs and heritage in the war-torn regions. President Ilham Aliyev envisaged the building of modern cities that will reflect the region’s historical and authentic heritage. These cities will be built on the concept of a ‘Smart City’. They will be transformed into green energy zones by utilizing rich water, solar, and wind sources in Upper Karabakh. In this aspect, credible work has already begun constructing a highway from Fuzuli to Shusha and an international airport in Fuzuli. Azerbaijan is inclined towards transforming the region into an economic and tourism hub with the establishment of new transportation lines, restoration of historical monuments, and reconstruction of liberated cities. The magnitude of destruction by illegal occupation has left the marks of Armenian tyrannies and atrocities in the liberated districts. Nevertheless, the bravery, courage, and great conduct of statecraft shown by His Excellency Ilham Aliyev have turned the misery into a victory. His prudent policies have made his nation more resilient and confident. His initiatives and successful conduct of statecraft have made him the most popular leader in the region. Undoubtedly, President Ilham Aliyev’s effective measures and planning in reconstructing historical treasures for his country will usher in a new era of connectivity and prosperity. 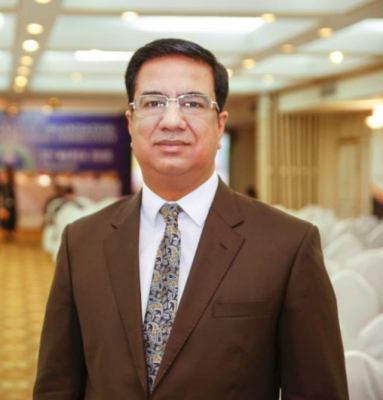