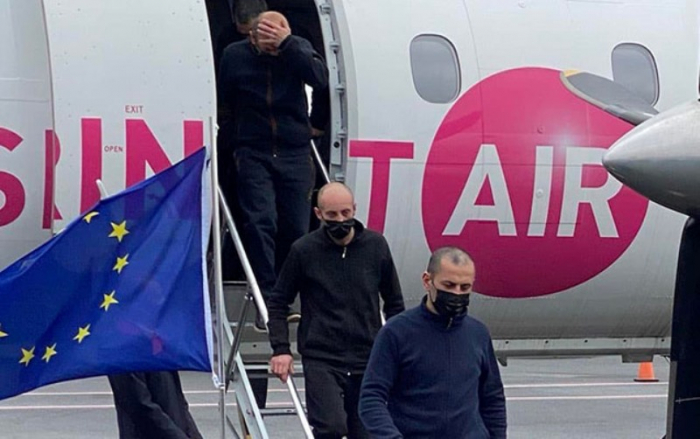 The Spanish EFE news agency, the Spanish-language version of the international online platform SWI (Swiss Broadcasting Corporation) swissinfo.ch and holanews.com portals have published an article headlined "Baku hands over to Yerevan ten servicemen who were detained on the countries’ border”.

Citing the State Commission for Prisoners of War, Hostages and Missing Persons of Azerbaijan, the article said that those servicemen were apprehended while preventing the provocation by the Armenian forces on the Kalbajar direction on November 16, 2021.

The article mentioned that the extradition of Armenian detainees had been carried out as a result of the meeting held between Azerbaijani President Ilham Aliyev, Armenian Prime Minister Nikol Pashinyan and EU Council President Charles Michel in Brussels on 14 December.

The article also noted that on December 4, Azerbaijan handed over 10 captive soldiers to Armenia in exchange for minefield maps. 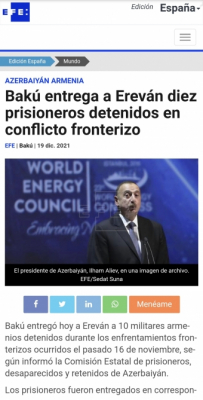 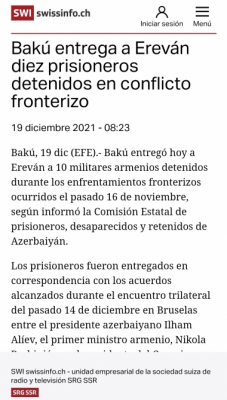