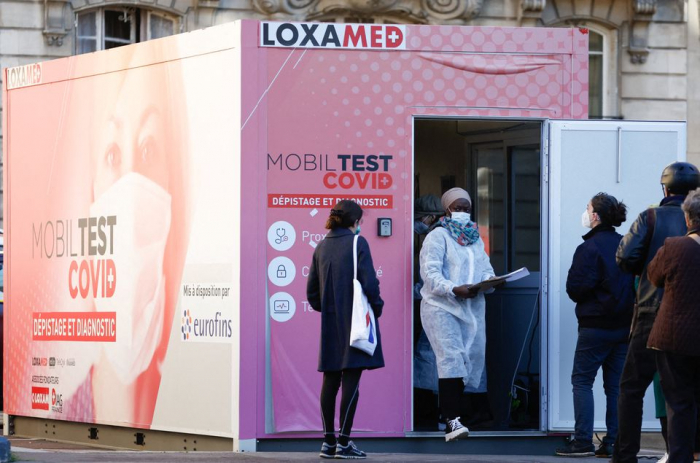 French President Emmanuel Macron on Friday said the next few weeks would be difficult as the country headed into subdued New Year celebrations after registering 232,200 new COVID-19 cases over the last 24 hours, its highest-ever recorded total.

"The weeks to come will be difficult, we all know that", Macron said in a broadcast New Year's Eve address.

New infections over the last 24 hours were above 200,000 for the third day running, making France one of the epicentres as a wave of infections linked to the Omicron variant sweeps across Europe.

Infections in France, one of the countries carrying out widespread testing, stood well above the tally recorded in Italy and Britain, which also reported new records on Friday, with 144,243 and 106,122 cases respectively.

In Paris, the traditional New Year’s Eve fireworks display centred on the Arc de Triomphe and the Champs d’Elysees has been cancelled because city authorities said they feared it would lead to large crowds of people unable to observe social distancing. Dancing at hospitality venues and nightclubs have been forbidden.

President Macron on Friday reiterated his call for mass vaccination, calling the jabs France's "sure shot" solution for a way out of the pandemic which he said he believed was possible in 2022.

In his address, Macron did not mention a need for more restrictive health measures than those already announced, adding that the government should refrain from further limiting people's individual freedoms.

"We will go through the current challenge by following the same principles as on the first day (of the pandemic)", he said.