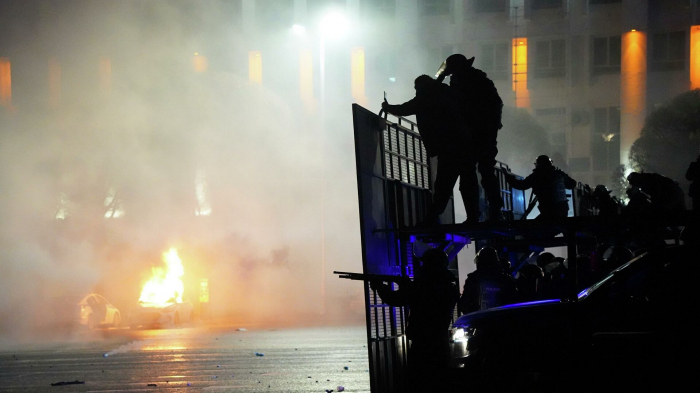 In my opinion, there are three main factors that triggered nationwide riots in Kazakhstan. Firstly, in the country, there is widespread discontent caused by economic problems. The second factor is associated with the ongoing struggle among different economic groups for control over profitable economic niches. In this regard, it is necessary to pay attention to the fact that the protests intensified in the oil-producing regions, Almaty and Aktobe, large industrial centers, next to which chromite deposits are located. The third factor, to my mind, is the desire of a part of the Kazakh elite to reduce the influence of Nursultan Nazarbayev's entourage, which in many ways continues to determine the country's internal political course.

I think that in the current situation neither the US nor the EU is interested in destabilizing Kazakhstan since Russia and China will certainly take advantage of the political crisis to increase their influence. It seems to me that the current crisis was provoked mainly by internal factors, including the desire of Nursultan Nazarbayev's entourage to maintain control over the country's economic and political space. Incidentally, this is indirectly indicated by the fact that the protesters did not put forward political slogans at first, but limited themselves to social demands.
Political slogans appeared only when it became clear that the riots were becoming large-scale, and groups of the Kazakh political elite decided to use it to achieve their own goals, including the democratization of the Kazakh political system. It is likely that these goals are shared by a significant part of the protesters, but nevertheless, at the very beginning, they were clearly not in their field of attention. If the protests were masterminded by the US- and EU-oriented socio-political organizations, political slogans would appear at the very beginning of the demonstrations.

As for Tokayev’s asking the Collective Security Treaty Organization (CSTO) for military assistance, the Kazakh leader clearly would like to rely on open support from Russia, which would probably help put down the protests in northern and central Kazakhstan. In addition, it would give the domestic political crisis a geopolitical dimension, which would prevent Western intervention and China's attempts to change the balance of power within Kazakhstan in its favor. But it is difficult to say for now whether Russia will dare to take advantage of such an offer since Russia's open interference in the Kazakh crisis could cause China's displeasure.

Peacekeepers from Russia and Belarus will soon arrive in Kazakhstan. In my opinion, the duties of the Russian peacekeepers will directly depend on how strong Moscow intervention in the Kazakh crisis will be. As I said, it is difficult to predict the extent of Russian interference today. But Russia had to demonstrate as soon as possible that it supports President Tokayev even after Nursultan Nazarbayev and his entourage lost their former positions. So far, the decision to send peacekeepers to Kazakhstan is an important symbolic gesture, and its practical significance will become clear later.

The ongoing developments in Kazakhstan directly depend on whether the incumbent president will be able to come to an agreement with those groups of the economic and political elite that are trying to take advantage of the protests. If the government decides to take any steps aimed at democratizing the political system, the protests can stop quickly enough. It is quite possible that the authorities will be able to suppress the protests by force within a few weeks. But in this case, the country will remain under the threat of a sudden resumption of the political crisis, which will be provoked by new social problems and economic difficulties.