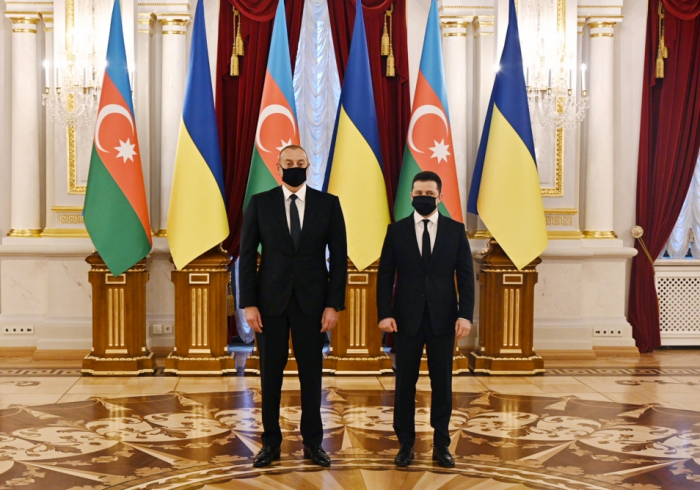 President of the Republic of Azerbaijan Ilham Aliyev, who is on a working visit to Ukraine at the invitation of President Volodymyr Zelenskyy, and the President of Ukraine are having a one-on-one meeting.

The Presidents posed for official photos. 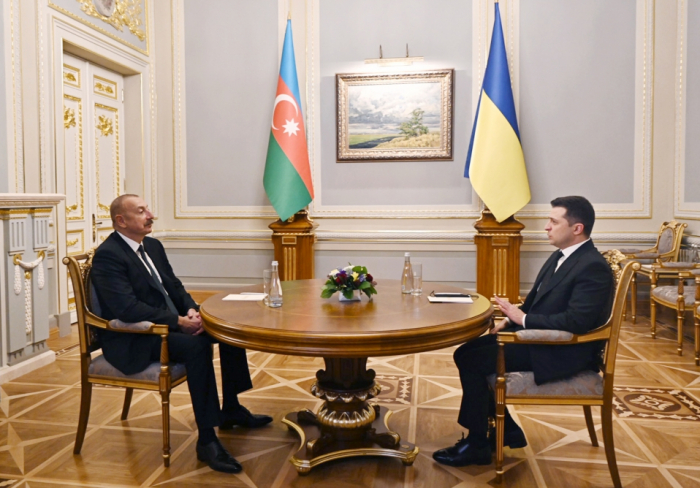