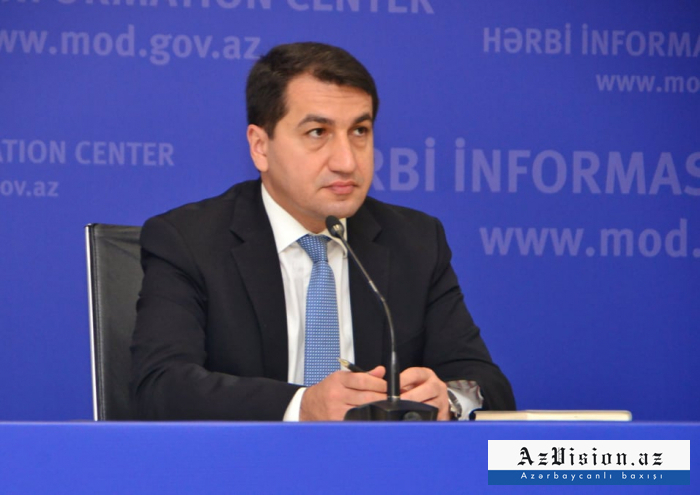 Soviet troops invaded Baku under the guise of Strike Operation on January 20, 1990, in an attempt to break the Azerbaijani people's will to fight, but this gave the contrary effect, Hikmat Hajiyev, Assistant to the President of Azerbaijan - Head of the Foreign Policy Affairs Department of the Presidential Administration, told journalists on Thursday, AzVision.az reports.

"This, even more, strengthened the resolve of the Azerbaijani people for independence. Great leader Heydar Aliyev informed the international community about the events of January 20, 1990,” Hajiyev reminded.

The January 20 events are a history of the struggle and heroism of the Azerbaijani people, he said.

January 20 is a day that went down in the history of Azerbaijan's fight for independence and territorial integrity.