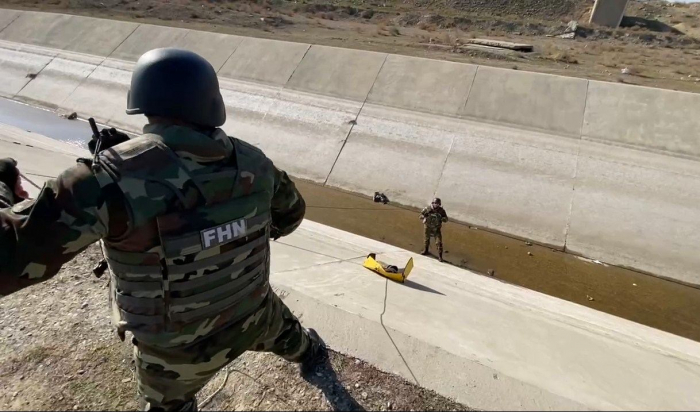 Azerbaijan's Ministry of Emergency Situations was informed via 112 hotline about the ammunition found in the section of the Samur-Absheron canal, which passes through Gobu village of the Absheron region, the ministry told AzVision.az.

In this regard, a group of pyrotechnicians from the Special Risk Rescue Service of the Ministry of Emergency Situations immediately arrived at the scene.

While inspecting the scene, pyrotechnicians found a 125-mm BK-14 tank shell and a 122-mm OF-56 artillery shell (without a fuse), which were seized and disposed.