'We need to stop this war as soon as possible,' Zelenskyy tells Italian parliament 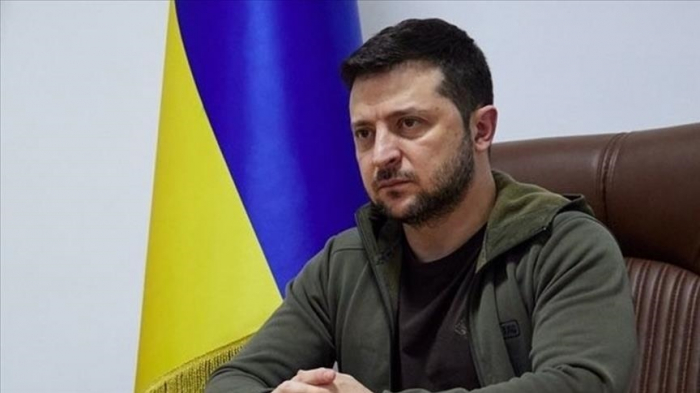 The Ukrainian president on Tuesday said Russia’s war in the country must be ended immediately.

"We need to stop this war as soon as possible, we need to take enemy troops out of Ukraine," Volodymyr Zelenskyy told the Italian parliament.

He thanked Italy and other countries for hosting Ukrainian people who have fled the war.

In his address via video link, Zelenskyy reiterated that Ukraine has never sought to start or to be in war. He said "just one person" must be stopped to save millions, implying Russian President Vladimir Putin.

Pointing out that the war entered its 27th day, he stressed that there is a need for different sanctions and pressures on Russia.

"The Russian invasion is destroying families. The war continues to destroy Ukrainian cities. Cities like Mariupol, some of which have a population of half a million just like Genoa. Imagine Genoa was completely devastated," said Zelenskyy.

He said that the number of children that have been killed since the beginning of the war rose to 117.

"In Kyiv, they torture, kidnap children, load trucks and smuggle our goods. This was the last time the Nazis did it in Europe," he said.

Ukraine is the gates of Europe and for the Russian army and they want to enter Europe, added Zelenskyy.