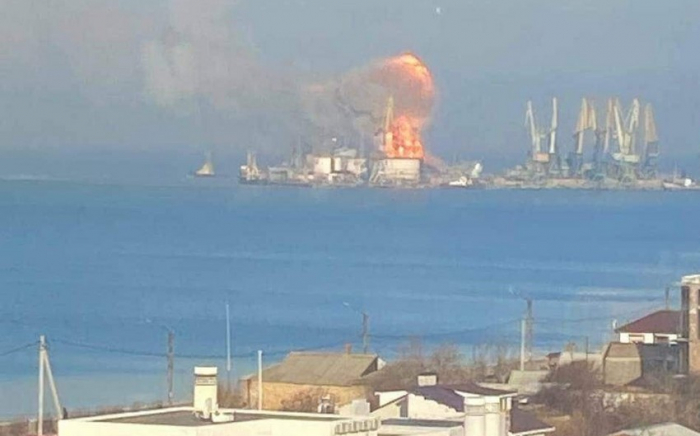 A short Facebook statement about the ship was accompanied by photos and videos of fire and thick plumes of smoke in the port.

The Russian military has not commented on what happened to the ship.

Berdyansk has been under Russian control since February 27.