What do the sanctions promise to Russia's neighbors? - VIDEOCAST //New risks and new opportunities arise for the regional countries 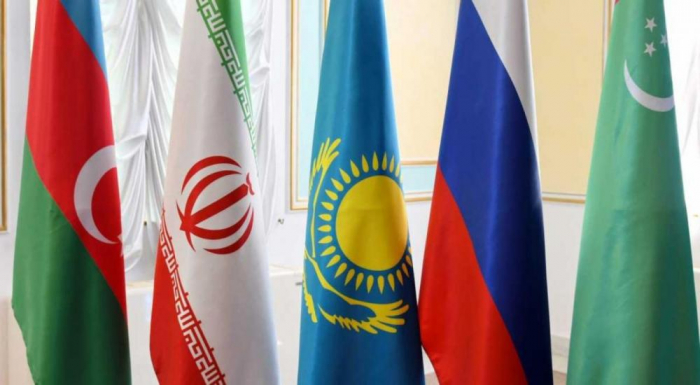 Russia's isolation from all the economic and financial mechanisms of the West due to its intervention in Ukraine will cause significant changes in the directions and structure of the country's foreign economic relations. Member of the Azerbaijani parliament, economist-scientist Vugar Bayramov commented on the potential risks and opportunities for Russia's financial and economic cooperation with the Caspian littoral states for Videocast project of AzVision.az.

- Against the backdrop of new economic realities, how will Moscow display relations with its main regional partners, namely the Caspian littoral states?


Russia will try to improve cooperation with the Caspian littoral states and prefer rubles in foreign trade. Since against the background of the shortage of dollars, the use of the ruble in foreign trade is more attractive for Russia. Therefore, in this regard, strengthening economic and trade relations with neighboring countries, including the Caspian littoral states, will be a priority for Russia.

- Is there any possibility for a new conventional currency for Russia to trade with the Caspian littoral states?

- Russia will try to establish foreign economic relations with neighboring countries using rubles. Obviously, in the Caspian littoral countries, as well as in neighboring countries with Russia, it is more attractive to establish foreign relations with currencies like dollar or euro. However, given that Russia is experiencing a shortage of foreign currency, and this may deepen in the coming months, Moscow will strive to build economic ties using the ruble. At the same time, after the end of the war, even if the ruble loses value dramatically, it will likely settle at a certain exchange rate, and in this case, the ruble's real and market rates will converge. Russia's expansion of economic ties with neighboring countries using the ruble will also depend on the ruble conversion, since the involved and paid rubles are needed to be converted into foreign currency or national currencies of the Caspian littoral states. In this regard, Russia will show more interest in expanding foreign trade with neighboring countries in the next stage, and especially in 2022, preferring rubles, and, of course, the conversion of the ruble, the full formation of market and real exchange rates of the ruble is of great importance.


- What risks are expected for the regional countries because of Russia's attempts to create a new format of cooperation in the Caspian region due to the tough sanctions against it?

- The next phase of cooperation with Russia will also depend on the scope of sanctions. Because in some cases, the West may want, demand or offer other countries to join the sanctions, albeit partially. Therefore, for the Caspian littoral states, of course, the position of the West is important in this context. One of the major risks in foreign economic relations with a country that is subject to sanctions depends on the scope of the sanctions. Thus, there is a risk for the cooperating countries to indirectly fall under the scope of sanctions. All this will become clear after the completion of sanctions and the West-Russia relations enter a certain level.

At the same time, another risk is about the state of the market as a whole, especially the high exchange rate, since the trade in national currencies naturally creates certain economic and financial risks, which should be considered by entrepreneurs and farmers. In other words, even if the Caspian littoral countries are indirectly included in the scope of sanctions, political or global risks, as well as economic and financial risks may arise associated with their entry. High volatility of the ruble, conversion issues, problems with bank payments, the exclusion of Russian banks from SWIFT, the suspension of operations of leading financial institutions such as Master and Visa in Russia also pose certain risks for entrepreneurs in the Caspian countries in terms of finance and payments.

- Each difficulty also gives impetus to a new stage of development. From this point of view, what positive processes can the current situation cause for the Caspian littoral states?

- Along with all this, of course, certain opportunities emerge for the Caspian littoral states as a whole. These opportunities are not just related to export of more goods, especially agricultural products to the Russian market. Given the fact that countries neighboring with those that are subject to sanctions are trying to take advantage of re-export opportunities, this is also the emergence of new export opportunities.

Re-export opportunities mean not only the export of goods from countries that have joined the sanctions to the country against which sanctions are imposed, but also the import of raw materials, their processing, and export to other markets. In fact, re-export, which is an activity not included in the scope of sanctions re-export, is not just an opportunity to evade sanctions.

This means importing raw materials from countries that do not join the sanctions, processing the products, and exporting them to other countries as products of the importing country. Of course, there will be re-export opportunities. This can create advantages and opportunities for the Caspian littoral states in terms of exporting products not only to Russia, but also to other countries. Therefore, it is possible for entrepreneurs to use these opportunities, provided that they do not fall under the scope of sanctions, and to take advantage of the areas not covered by the sanctions as an opportunity to import more, as well as carry out exports more than imports.

- A new economic order has already been formed across the world, and the tough decisions of the Central Bank of Russia predict no serious changes in 2022. Even if the war ends soon, Russian-Western relations will likely to remain tense economically and politically. In the new period, the relations between the parties will be strained, and economic ties will deteriorate.  In the new order, especially economic polarization will be observed. The West will strive to get support of not only developed countries, but also developing countries towards the economic and political sanctions against Russia. Many countries are trying to remain neutral on this issue. In the next period, the decisions of these countries will directly depend on the realities dictated by the new order. Given that there are no permanent friends or permanent enemies, but permanent interests in politics, especially in developed countries, the current order may change over time, but in 2022, this does not seem realistic. However, of course, there can always be exceptions in global politics.