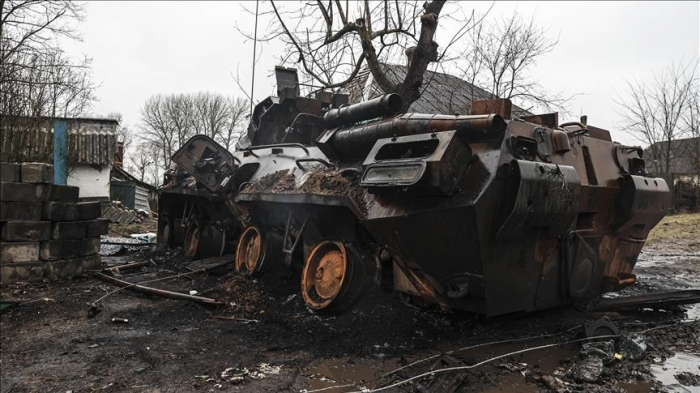 Ukraine has said that some 18,300 Russian soldiers have been killed in the country as the war enters its 40th day, AzVision.az reports citing Anadolu Agency.

In a Facebook post on Monday, the General Staff of the Ukrainian Armed Forces said the Russian army lost 147 aircraft, 134 helicopters and 647 tanks.

The Russian war against Ukraine, which started on Feb. 24, has been met with international outrage, with the European Union, US and UK among others implementing tough financial sanctions on Moscow.