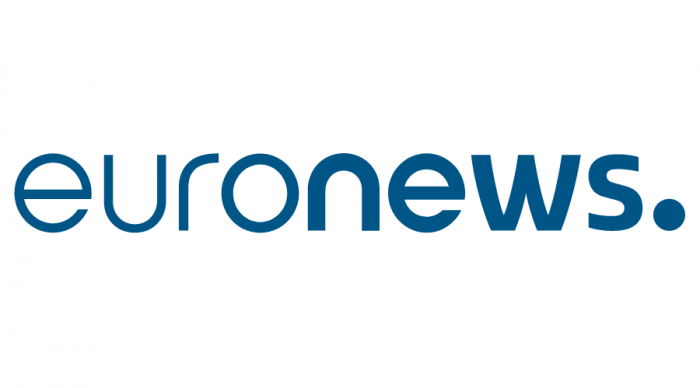 Aida Eyvazli, a veteran journalist from Azerbaijan, sent an open letter to the staff of Euronews. Referring to “Euronews’ motto to disseminate unbiased and fact-based news from all over the world”, the journalist said the TV channel has recently been ignoring its principles.

In fact, during the 44-day war in Azerbaijan in 2020, I felt your racism and religious differences between states. You have shown this very clearly. Just as the Ukrainians want to save Donbas, Crimea from Russian occupation, we began to fight for the integrity of our homeland to save our historical lands from Armenian occupation in 2020. In those days, more Armenian lies and fakes were aired on Euronews. Today you are constantly preparing news about our Ukrainian brothers, sisters and friends whose lands and territories have been turned into ruins by the occupying Russia, who committed genocide against innocent civilians and displaced them from their homes. My colleagues and I have been trying to watch the most accurate events in Ukraine since February 24, 2022. Watching your broadcast, you can conclude that the editorial staff of Euronews TV allocates airtime according to the religion and region to which people belong. This attitude also surprises me as a journalist.

I would like to ask each employee of your TV editorial office the following question:

- Dear colleagues, have you ever interviewed a Khojaly resident who was expelled from his home in 1992, whose home was destroyed, whose all relatives were brutally burned and killed by Armenians?  Do you know about 25 Azerbaijani children who lost both of their parents on February 26, 1992? Today I liken the children who pulled their parents' bodies out from under the bombs and debris in Ukrania, to those 25 Azerbaijani children. They are very similar to each other. Those children of ours have grown up for 30 years. When their children see the massacre in Ukraine today, they say to those children - "Look, the Armenians brutally killed our parents like the people and children killed in Ukraine." Today, Ukrainian officials equate the genocide in Bucha with the genocide in Khojaly. More than 300 children were killed by Armenians, during the period of conflict created by the third major force between Azerbaijan and Armenia. 487 people were injured on the night of the Khojaly massacre, 76 of them were children. 155 children lost one or both parents, and 71 children went missing. The 29 minors who were children at that time are still wanted. If your employees ask Armenian respondents if their children were killed by Azerbaijanis, they will think about it and in a few weeks will come and give you false and fake information. The photos they show will also be pictures of murdered Azerbaijani children. They have done this several times. They are lying and you spread their false information.

In the holy war for Karabakh, Azerbaijanis never shot at civilians or children. Never! We do not kill women and children. When our soldiers fought against the civilized rules of the civilized world and liberated their historical lands, they opened a corridor for the Armenians and let them take their children, parents and toilets, and leave the occupied lands.

Euronews! I also ask you, if you have a blue screen, why do you look at world events from different windows? Do you know what I would like to bring to your attention ?!

In mid-March, the Azerbaijani Army recaptured Mount Farrukh which had been held captive by Armenians to restore its historical borders. Although Azerbaijani President Ilham Aliyev has repeatedly stated in his speeches that the status of "Nagorno-Karabakh" has lost its force, you still use the term "Nagorno-Karabakh" in your reports based on the views of Armenian separatists. You write the name of Farrukh Heights as "Fruk" or "Parukh" to please the Armenians. Recently, a mass grave of Azerbaijanis was discovered around Mount Farrukh. You have ignored this fact. It is believed that more than 4,000 of our citizens, who have not been heard from for 30 years, have been buried in such mass graves by Armenians. Why do you take a one-sided position? I do not want to believe that such a one-sided position of yours is the position of Europe, which puts human rights above all else. From the news, you broadcast it can be concluded that they will tell the truth only if you are a European or a Christian. Otherwise, if you are Azerbaijani, Turkish, Uzbek, Uyghur and etc. the injustices committed against you will not be broadcast in the international arena, especially in Europe. You can say that you broadcast mainly European news. Then why didn't you broadcast the meeting of the President of the Council of the European Union Charles Michel with the Presidents of Azerbaijan and Armenia in Brussels on April 6, 2022? After all, at this meeting, Mr.Charles Michel was discussing the document on the inviolability of the lands and territories of Azerbaijan. And in the official documents of that meeting, the word "Karabakh" was not mentioned as "Nagorno-Karabakh". What prevents you from telling the truth about Azerbaijan more openly? I would like you to show the incidents that took place as a result of the shelling of our settlements by heavy artillery and missile systems by the Armenian armed forces, just as you show the bombs dropped by the Russians on the civilians living in Bucha and Mariupol. For 44 days from September 27 to November 10, 2020, more than 90 civilians, including 30 women and 11 children, were killed by rocket bombs fired by Armenians in Ganja, Mingachevir, Tartar and Barda. There were more than 400 civilians with serious injuries. I wish you showed them on air, too. "All opinions are important to us, Euronews is a comprehensive point of view" - is your motto. Perhaps, as a sign of respect for this slogan, you will take into account the position of the Azerbaijani side when the enemy voices criticism or slander against the Independent State and Republic of Azerbaijan.