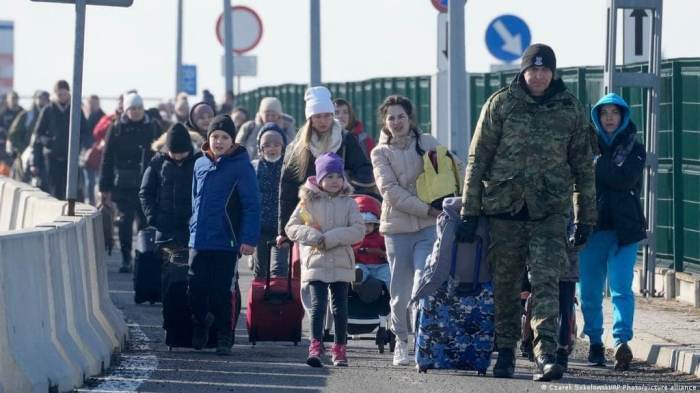 The UN refugee agency said the number of people fleeing Ukraine is now 5,034,439 as it joined in a call for a humanitarian pause to war in Ukraine ahead of Orthodox Easter.

Almost 550,000 people have left for Russia since it launched its war on Ukraine on Feb. 24.

More than 7 million people are estimated to be internally displaced in Ukraine, it added.

UNHCR head Filippo Grandi said in a tweet on Wednesday: “A humanitarian pause to war in Ukraine ahead of Orthodox Easter is the appeal made by @UN Secretary-General.

“This is more urgent than ever amidst an increase in Russian airstrikes, the escalation of war in eastern Ukraine, and countless lives uprooted and lost."

Christian Orthodoxy is the major religion in both Russia and Ukraine.