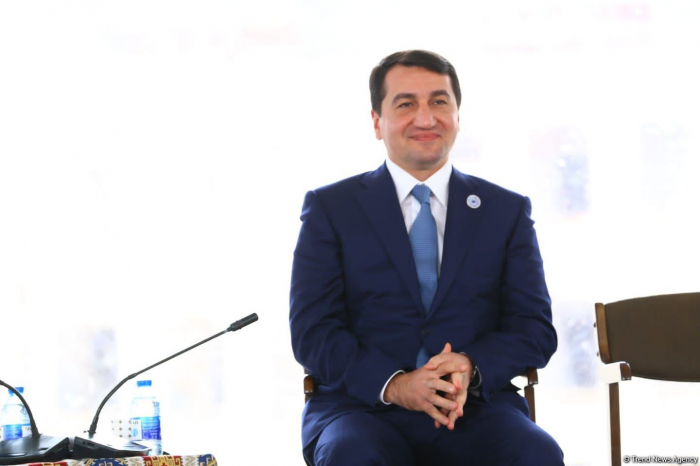 Azerbaijan has created a new reality in the South Caucasus, Assistant to the President of Azerbaijan - Head of the Foreign Policy Department of the Presidential Administration Hikmat Hajiyev said at a panel meeting named "Tasks facing Azerbaijani diaspora in the post-Soviet period, action plan/road map" within the framework of the 5th Congress on April 22 in Shusha city, AzVision.az reports.

Hajiyev stated that this new reality is the peace agenda of the region, and the five-point principles prepared by Azerbaijan [within a future peace treaty] were presented to Armenia.

“If Armenia and the Armenian people want to look to the future, they must appreciate these opportunities,” he explained.

The speeches of Azerbaijani President Ilham Aliyev during the 2020 second Karabakh war played a big role in preventing the information blockade, the president’s assistant said.

"In the post-Karabakh war period, the Armenian lobby continues to carry out anti-Azerbaijani campaigns,” he noted. “According to the resolution recently adopted by the European Parliament, Armenian material and cultural monuments were allegedly destroyed in the territories liberated from Armenian occupation [in the second Karabakh war].

“But why the European MPs who adopted this resolution don’t see the destroyed cultural and historical monuments of the Azerbaijani people?" Hajiyev asked.