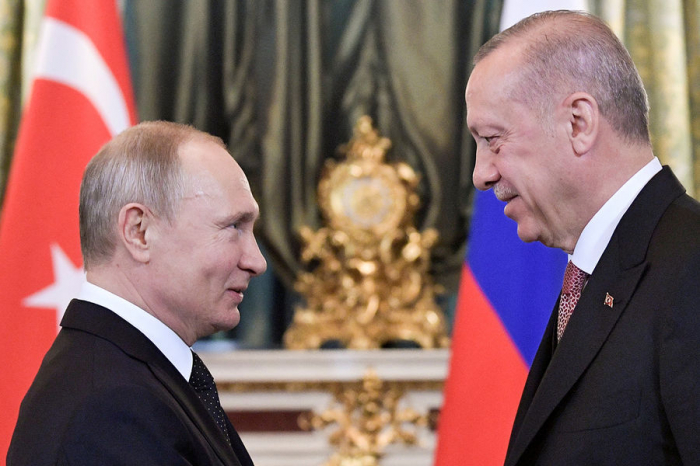 The positive momentum achieved in the Istanbul talks should be maintained, President Recep Tayyip Erdogan told his Russian counterpart, Vladimir Putin, during a phone call Tuesday in which they discussed the recent developments in Ukraine, AzVision.az reports citing Daily Sabah.

A leader-to-leader meeting should also take place, the Turkish president told Putin, the Turkish Presidency said in a statement.

"President Erdogan, who stated the importance of achieving a cease-fire, working on humanitarian corridors effectively and carrying out evacuations in a safe manner, noted that Turkey would continue doing its utmost to halt this course of events damaging everyone and ensure lasting peace," the statement said.

He also repeated an offer to host the Russian and Ukrainian leaders for peace talks, it said.