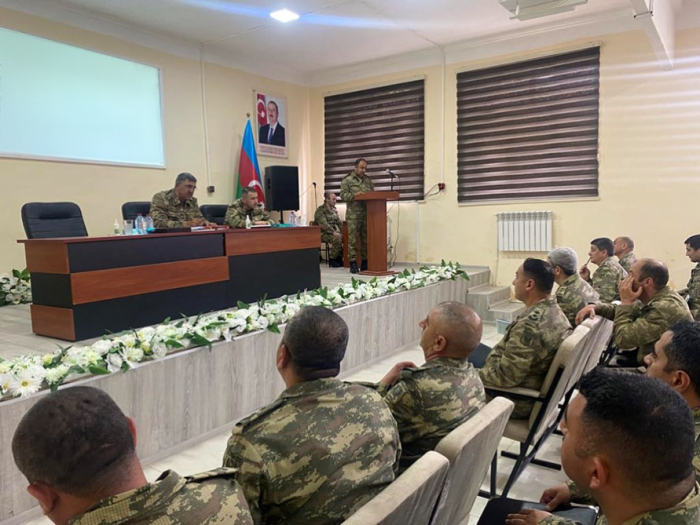 In accordance with the training plan approved by Azerbaijan's Minister of Defense, a final meeting on the results of the first quarter of the 2022 training year was held in the military unit stationed in Lachin, the Defense Ministry told AzVision.az.

Officers delivered reports on training exercises and other activities conducted during the first quarter of 2022 to improve the combat capability of units and organize service and combat activities.

The significance attached to the Azerbaijan Army by President Ilham Aliyev, as well as the attention and care provided by the head of state, were emphasized at the meeting.

The instructions of the Minister of Defense on further improving the combat capability of military personnel serving in harsh climatic conditions in mountainous areas with difficult terrain in the direction of the state border, and maintaining the state of combat readiness at a high level were delivered to relevant officials.

Following the meeting, the servicemen, who distinguished themselves in military service and are well-disciplined, were awarded.