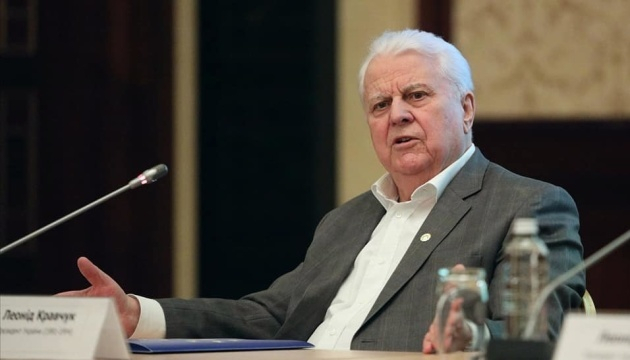 The first President of Ukraine, Leonid Kravchuk, passed away on May 10, 2022. The relevant statement was made by the Servant of the People party on Facebook, AzVision.az reports citing Ukrinform.

“Leonid Kravchuk, the first President of Ukraine, the first Chairman of the Verkhovna Rada of Ukraine, has passed away. He made a great contribution to the development of our state. During Leonid Kravchuk’s presidency, the main Ukrainian symbols were endorsed, such as the Coat of Arms, the Flag and the State Anthem of Ukraine; the Armed Forces of Ukraine were formed; and Ukraine’s independence was recognized across the world,” the report states.

Kravchuk has been participating in Ukraine’s political life and cheering for peace, independence and success of his country till the last.

“We cherish the memory of the first President of Ukraine. Sincere condolences to his family and relatives,” the Servant of the People party noted.