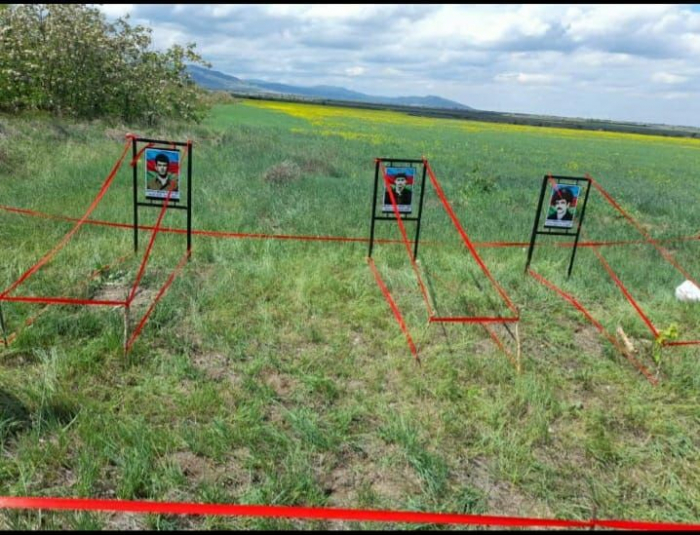 The graves of three Azerbaijani martyrs have been found in Shikhbabali village of the country’s Aghdam district, AzVision.az cited village resident Rey Karimoglu, who participated in the First Karabakh War, as saying on Wednesday.

The war veteran noted that the village cemetery was destroyed by Armenian troops during the occupation of Aghdam.

“Today, the graves of our three martyrs buried in a cemetery in Shikhbabali village have been spotted and marked with certain signs. Our martyrs are Mushfig Rahimov, Mubariz Aliyev and Habil Aliyev,” he said.

Karimoglu said all three were killed in the fighting in the direction of Aghdam in 1992.

“The village of Shikhbala has 11 martyrs and a number of veterans. The village was occupied in July 1993, seven or ten days before the invasion of Aghdam. The village was liberated from occupation following a 44-day war [Second Karabakh War] in November 2022,” the war veteran added.