Representatives of Azerbaijan to perform at Windsor Royal Horse Show 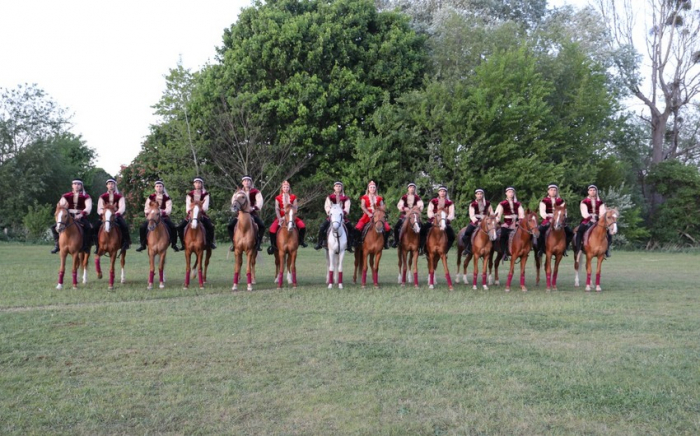 The Royal Windsor Horse Show kicks off today in London, which is traditionally held in honor of members of the Royal Family of UK.

Representatives of Azerbaijan have been taking part in the show, which is held in Windsor and is attended by Queen Elizabeth II of UK, since 2012, the Azerbaijan Equestrian Federation told reporters.

This year at the Royal Windsor Horse Show, dedicated to the 70th anniversary of Queen Elizabeth II on the throne, representatives of Azerbaijan will present a special program called 'Land of Fire'.

The program, prepared by the Honored Artist of Azerbaijan Nijat Kazimov with the support of the Heydar Aliyev Foundation and the organization of the Azerbaijan Equestrian Federation, will feature the equestrian detachment of the State Border Guard Service on Karabakh horses and the Serherdci dance ensemble led by Honored Artist, choreographer Farid Ibrahimov.

In total, four performances by representatives of Azerbaijan are planned within the framework of the show, which will last until May 15.

Representatives of such countries as Oman, Bahrain, Switzerland, France, Norway and India will participate in the artistic part of the event in addition to Azerbaijan.

The Royal Horse Show, which traditionally arouses great interest of the audience, will be widely covered by UK's and world leading TV channels.