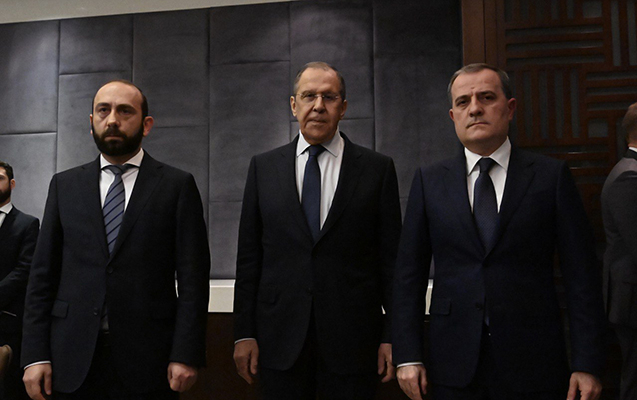 Azerbaijan’s Foreign Minister Jeyhun Bayramov held a trilateral meeting with his Russian and Armenian counterparts Sergey Lavrov and Ararat Mirzoyan respectively on the sidelines of the meeting of the CIS Council of Foreign Ministers in Dushanbe on Thursday, the Azerbaijani Foreign Ministry told AzVision.az.

The ministers discussed the current situation in the region and the implementation of the trilateral statements signed.

The parties also exchanged views on the normalization of relations between Azerbaijan and Armenia, the launch of the border delimitation process, unblocking of all transport and communications lines, as well as the conclusion of a peace treaty between the two countries.

The top diplomatic underlined the importance of implementing the agreements reached to ensure peace and security.

The ministers arrived in Dushanbe today to attend a meeting of the CIS Council of Foreign Ministers on May 13.