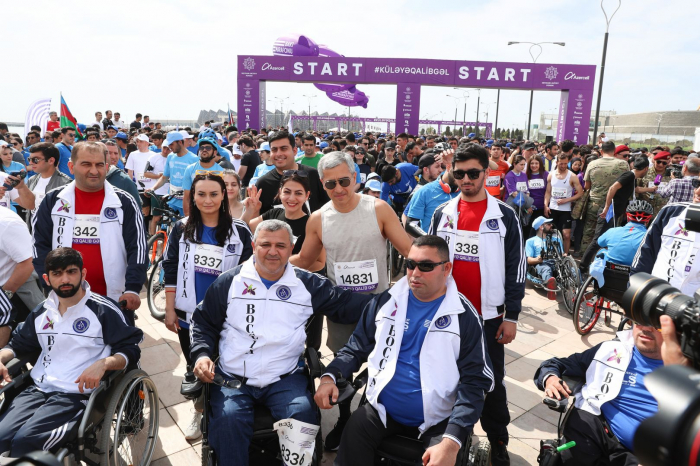 The ceremony of awarding the winners of the Baku Marathon 2022 was held in Baku on Sunday, AzVision.az reports.

Among men, the first, second and third places were taken by the Russian athlete Rinas Akhmadeev, the Turkish athlete Omer Alkan and the athlete from the Czech Republic Vladimir Marchik.

And among women, the first place was taken by Valentina Veretska from Ukraine, the second - by an athlete from Turkey Dilek Ozturk and the third place - by Ukrainian athlete Valentina Poltavskaya.

The participants of the competition noted the high level of organization of this event and expressed their satisfaction with participation. Also, they noted the great support from the residents of the capital of Azerbaijan.

Athletes expressed their desire to take part in similar competitions in Baku in the future.

On May 15, at the initiative of the Heydar Aliyev Foundation, the 5th Baku Marathon was organized.

About 15,000 participants have registered to participate in the Baku Marathon 2022.

The Baku Marathon, organized since 2016, is aimed at supporting the development of sports and promoting a healthy lifestyle.

Marathon, which is held under the motto "Win the wind!" organized along a completely new route.

The Baku Marathon 2022, the length of which is 21 kilometers, started and ended at the State Flag Square