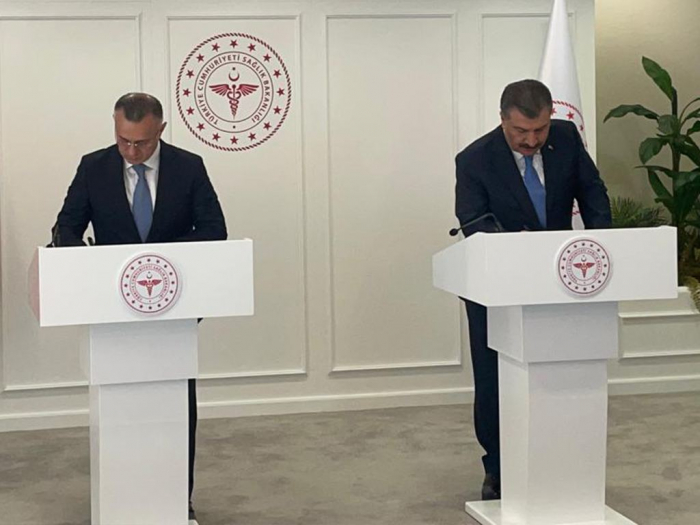 A roadmap of cooperation between the Health Ministries of Azerbaijan and Turkey for 2022-2023 has been signed, AzVision.az reports.

A meeting was held at the Turkish Health Ministry with a delegation led by Azerbaijani Health Minister Teymur Musayev, during which the minister and his Turkish counterpart Fahrettin Koca signed the mentioned roadmap.

During the meeting, the ministers of the fraternal countries noted that the signed document will play an important role in the development of the health sectors of Turkey and Azerbaijan.